The annual Masters Historic Festival is one of the major historic race meetings of the season in the UK.

It is the only weekend of the season when the Cosworth DFV engine is unleashed en-masse on the challenging Grand Prix loop, with a 17-car field entered for this year's event.

After the opening two Masters races of 2018, which took place at Imola in April, Mike Cantillon (Williams FW07) tops the post '78 competition and Jamie Constable heads the pre '78 points, but Constable is not entered for the Brands meeting.

The Masters Endurance Legends Series for recent sport-prototypes and GT cars will make its debut at Brands, and will bring many of these cars to the Kent track for the first time. 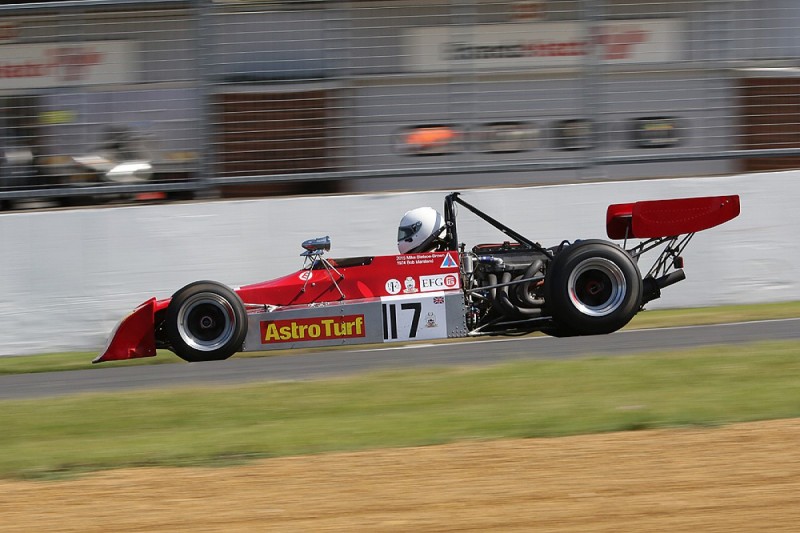 Richard Evans (March 742) is expected to be the benchmark, but he faces opposition from a gaggle of quick rivals, including five-times champion Robert Simac (March 712M).

Roger Bevan, the HSCC series co-ordinator, reckons it will be a fantastic weekend for the category. "We've got a great entry for a track that is so well suited to Formula 2: a proper road racing circuit," he said.

"It is a perfect fit for Formula 2 to run alongside the Masters FIA Historic Formula One Championship."

Notable cars in the HSCC field include the ex-Eddie Cheever Ralt RT1 of Steve Seaman, the ex-Emerson Fittipaldi Lotus 69 of Roger Bevan and the ex-Derek Bell Brabham BT30 of Lincoln Small.

Full grids mark the Masters Historic Touring Cars and Gentleman Drivers pre '66 GT races, while the Lola T70 Mk3Bs of Jason Wright and Leo Voyazides/Simon Hadfield will be to the fore in the FIA Masters Historic Sports Car Championship.

After morning qualifying on Saturday, racing starts at 2.45pm before a full day of racing on Sunday gets underway at 10am.