Rickard Rydell will be reunited with his 1998 British Touring Car Championship title-winning Volvo S40 and the marque's infamous 850 estate, at July's Silverstone Classic

Rydell will race the S40 with which he wrapped up the BTCC championship at Silverstone after five race wins over the course of the 1998 season, against fellow drivers from the period including John Cleland and Patrick Watts.

"But the BTCC is a full season and a full championship, so I have to rank that above the others.

"I really enjoyed that time, especially since at that moment there was no touring car championship as big as that one.

"In 1998 there were eight manufacturers and 16 works cars - it meant a lot of testing and it was a way for a driver to be involved in the development, which I really enjoyed."

The S40 Rydell will race is owned by UK historics driver Jason Minshaw, who won one of the Silverstone Classic's Super Touring Challenge races last year.

He will step aside for 2018 and has invited Rydell to contest both Super Touring Challenge races on the Silverstone GP circuit at the event which runs from July 20-22. 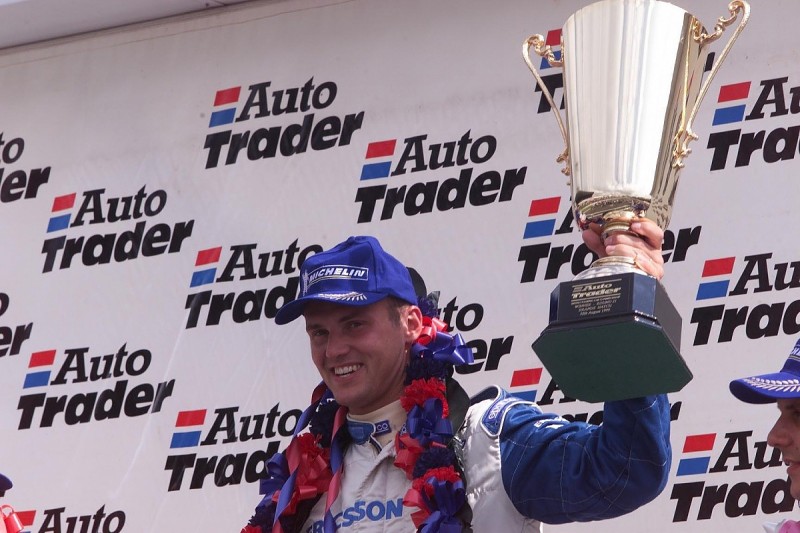 Two Volvo 850 estates - the first BTCC car Rydell drove in competition in the Tom Walkinshaw Racing-designed car's only season of BTCC in 1994 - will also present at Silverstone.

Gregor Peterson has chassis one and will bring it to Silverstone for Rydell to drive in a special parade to celebrate 60 years of the BTCC.

"It will be a good celebration and I'm sure there are going to be a few people from TWR there as well," added Rydell.

"It will be nice to see the mechanics and engineers, and some of the drivers from the era as well."

Only three 850 chassis were built, and chassis three is also due at Silverstone as Minshaw is currently having it rebuilt.

Minshaw had found it in Holland, where it had been running as a saloon.

He is now taking it back to its estate period specification but does not plan to race it due to a lack of spares.

Rydell and Jan Lammers could only finish 14th and 15th in the estate car, as the team struggled to make the car work, and it was phased out for the 850 Saloon for 1995.