Cam Jackson, the current leader in the Autosport National Driver Rankings, has just hit a landmark score of 50 finishes in 50 races in Historic Formula Ford 1600.

As well as winning the overall championship title in 2018 and 2019, Jackson has been on the podium 47 times in 50 races and won 30 races. In the other three races, he finished off the podium.

Jackson says the main credit is due to the Neil Fowler team, which tends his cars. Across the last five seasons he has raced his regular Winkelmann, a Lola T200 and a March 709.

“It’s a massive credit to Neil and the team,” said Jackson after his latest win at Cadwell Park.

“They work really hard. The cars have never stopped during testing, qualifying or racing and must have done thousands of laps.

"It’s been an amazing run and I felt a big relief when I crossed the line in the second race at Cadwell recently to make the 50.”

In addition to his success in Historic FF1600, Jackson has also won in Classic FF1600 and Formula Junior. Across the three categories, his record is now 93 consecutive finishes with 66 wins and 88 podiums. 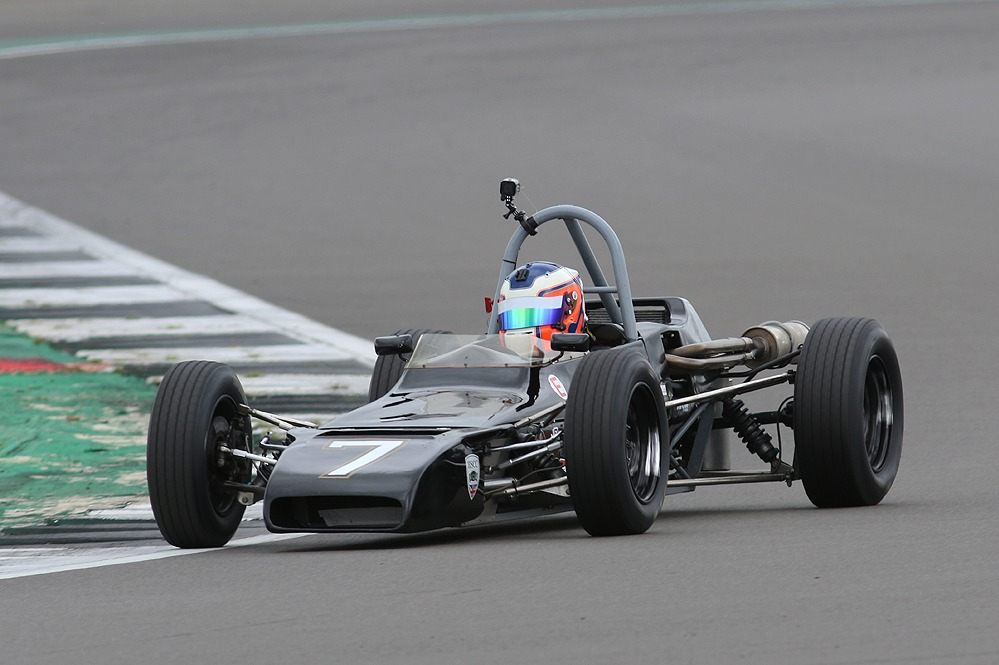 The Lincoln-based property developer will next head to Donington Park (26-27 June) in a bid to add four more wins by racing his 1971 Winkelmann in two double headers for each of Classic and Historic FF1600.

However, Jackson faces a growing challenge in both categories from Yorkshire teenager Samuel Harrison who battled hard last time out at Cadwell Park in his Elden Mk8.

After Cadwell Park, Jackson said: “I think he was quicker than me to be honest. He was racing hard and fair and we must have been side-by-side about 12 times in total over the weekend.”