On a track that ranged from bone dry to soaking wet, masters of oversteer like Chris Ward, Mike Jordan, Richard Meaden, Rob Hall, Martin Stretton and Sam Hancock were among the key players.

A couple of lead battles were absolute stand-outs and the contest between Meaden's Alfa Romeo Giulietta and Jordan's Austin A40 in the second part of the St Mary's Trophy was enthralling.

Side-by-side, crossed-up, trading places and slicing through traffic, it was only decided on the final lap when Meaden tigered ahead once more and managed to put the Ford Zephyr of former Dragon's Den star Theo Paphitis between them into the chicane.

The battle for victory in the Richmond Trophy for front-engined Grand Prix cars was just as fierce once Miles Griffiths retired his Lotus 16 with gearbox dramas.

Julian Bronson in the Scarab took on Tony Wood in the TecMec Maserati and Joaquin Folch-Rusinol in another Lotus 16.

Bronson is a determined racer but Wood was relentless in his challenge and stole ahead by less than a second at the flag.

By his own high standards, Chris Ward had a mixed weekend but starred with a classy Ford GT40 victory in the Whitsun Trophy and by racing the JD Classics Cooper Jaguar T33 from the back of the grid to win on the road in the Freddie March Memorial.

However Rob Hall's assured handling of Martin Melling's Aston Martin DB3 was later rewarded with victory when Ward was docked five seconds for clipping the chicane.

Ward was also central to the TT Celebration feature but a 30s penalty for the contact that tipped Oly Bryant's AC Cobra into a high-speed spin cost a hat-trick of wins for the E-type he shared with British Touring Car ace Gordon Shedden. 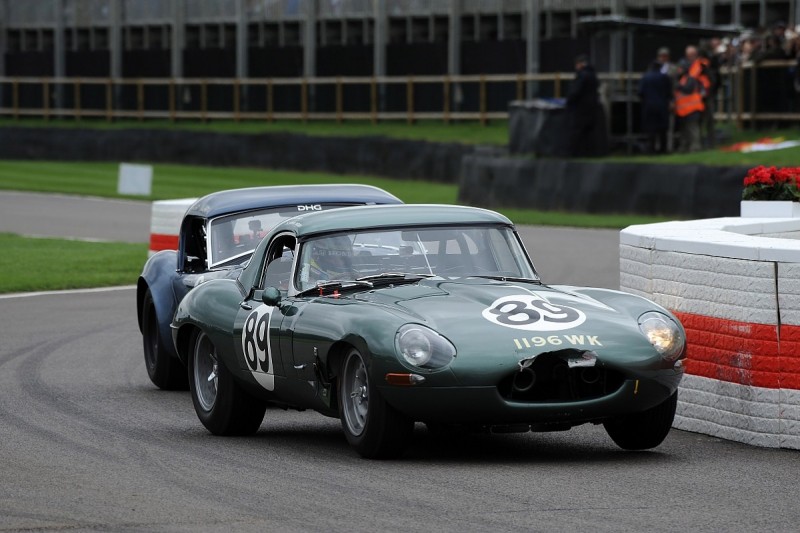 Instead, a committed performance from the Cobra of Michael Gans and Andy Wolfe netted victory.

Other notable wins fell to Martin Stretton's Lotus 24 in the Glover Trophy and Sam Hancock's Ferrari Dino 246S in the Sussex Trophy.

Inevitably there were many spins and some shunts, though the weather was not the determining factor when Andy Newall spun the stunning JCB Ferrari 250SWB into the wall at Woodcote in qualifying for the TT Celebration.

Chasing pole, Newall was wrong-footed by a slower car but thankfully the damage was mainly cosmetic.

The weekend also focussed on the 60th anniversary of the 1957 Le Mans 24 Hours victory for the Ecurie Ecosse team.

A stellar line-up of Jaguar C-types and D-types ran in demonstrations to pay tribute to the small Scottish team that took on and beat the world.

Three-time Formula 1 champion Jackie Stewart, who raced for the team in his formative years, drove the '57 Le Mans winner.

"Ecurie Ecosse went round the world waving the flag for Scotland," said Stewart. "The team put Scotland on the motorsport map."

The rare parade included the Ecosse D-types that finished one-two in the 1957 24-hours as well as the French-entered D-type that took third in the hands of Jean Lucas and Jean Brussin. 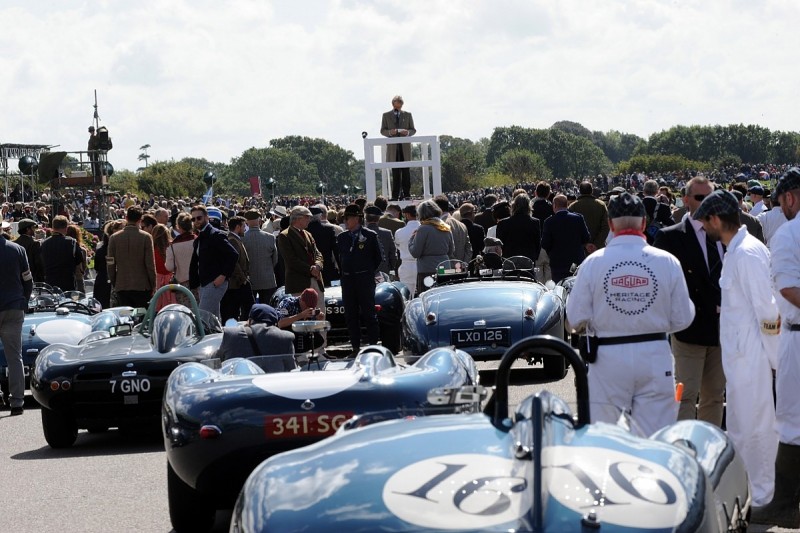