The season opener from Goodwood's annual trilogy of events delivered some spectacular racing despite the cold, which resulted in some depleted grids as drivers elected not to run on a track that was heavily salted on Saturday night.

Ex-Formula 1 driver Blundell was part of a winning team in the standout Gerry Marshall Trophy race for Group 1 Touring Cars.

Sharing a Ford Escort Mk2 with Kerry Michael, Blundell turned in a stellar second stint, as darkness brought more falling snow, and was able to reel in and pass the Ford Capri of Mike Jordan to win.

"Kerry did a fantastic job and did all the hard work," said Blundell before dedicating the win to his late father.

It was the first time a two-litre car had won the Marshall Trophy against the might of Chevrolet Camaros, Ford Capris and Rovers. 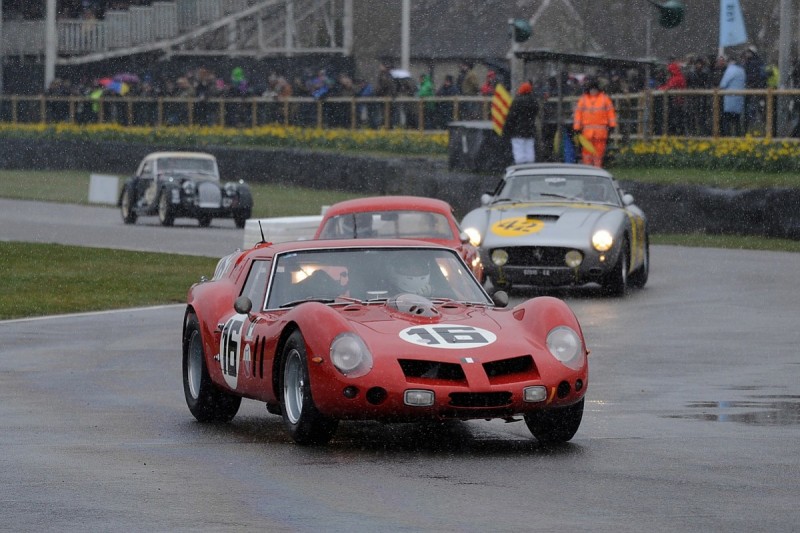 Pirro, a Goodwood favourite, jumped at the chance to race the unique Ferrari Breadvan in the two-driver Moss Trophy for sportscars from the early 1960s.

Pirro shared the special-bodied 250 GT SWB with Lukas Halusa, the son of the car's owner, and took the early fight to the Jaguar E-types of Jon Minshaw and John Young, though ultimately the pace of Minshaw's partner Phil Keen settled the result.

"Driving the Breadvan was a really wonderful experience," said Pirro.

"It is a wonderful car to look at and now I had the privilege to drive it.

"It was lovely to drive and we spoke the same language. There was real chemistry!"

Other stars of the weekend included Brian Redman, who flew in from Florida to join a celebration of 50 years of Formula 5000, and David Coulthard who raced a Mercedes 300SL 'gullwing'.

"It's my favourite car of all time," said Coulthard, who finished ninth in the Salvadori Cup despite competing against far quicker 1950s sports-racers.