The on-track parade on the event's 'Tin Top Sunday' on July 22 will be topped and tailed by the first and most recent title winners - an Austin Westminster, of the type used by Jack Sears (pictured above, lead) to win the inaugural title in 1958, and a Subaru Levorg as raced by 2017 champion Ash Sutton.

A number of BTCC champions including John Cleland and Jason Plato will also be on hand, while Cleland and several others - including Tim Harvey, Matt Neal, Colin Turkington and Andrew Jordan - are likely to be racing over the weekend.

The parade will cap a day centred on touring car racing, with four races covering cars from the early 1960s to the early 2000s.

The anniversary parade will feature 60 BTCC cars spanning the evolution of the series' machinery, from the Austin Westminster to the Levorg, and will feature iconic cars like the Lotus Cortina, Ford Mustang, Ford Escort, BMW M3, Ford Sierra Cosworth and Honda Accord. 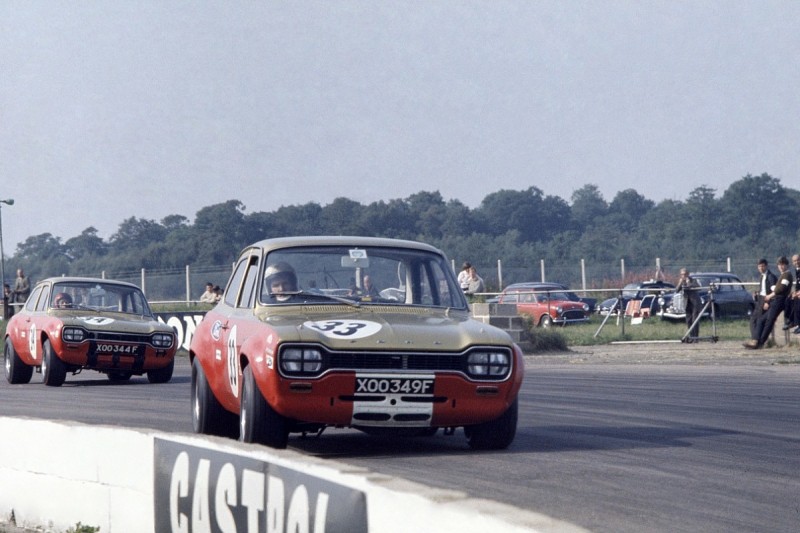 The Alan Mann Racing Ford Escort Mk1 (above) used by Australian Frank Gardner to win the 1968 title will also be part of the procession.

"We are delighted that the Silverstone Classic is saluting the BTCC's diamond anniversary with what's clearly going to be a magnificent gathering of stars and cars from the past 60 years," said Alan Gow, Series Director of the BTCC.

Nick Wigley, CEO of Goose Live Events, organiser of the Silverstone Classic said: "We have already invited a number of noteworthy stars and cars to join us for these very special celebrations and would love to include all those who've played a role in creating what to this day is one of the best-loved and widely-watched championships in the world."