An array of historic races, high-speed demonstration sessions and the opening of the new Thruxton Centre are all part of this weekend's 50th anniversary meeting at the Thruxton circuit

First opened for racing in 1968, the demanding high-speed track continues to deliver some of the most exciting racing in the UK and its half century will be celebrated in style - including a demonstration run by Karun Chandhok in an ex-Keke Rosberg Cosworth DFV-powered Williams FW08C.

Nigel Mansell and Murray Walker will be on hand on Sunday to officially open the new £2million Thruxton Centre, the multi-purpose hospitality and events facility based adjacent to Allard Corner.

Thruxton hosted the European Formula 2 Championship each Easter for all but one year from 1968 until '84 and those events will be remembered by the return of the Formula 2 March 722 raced by three-time Formula 1 world champion Niki Lauda in 1972.

The Austrian finished third behind the similar cars of Ronnie Peterson and Francois Cevert on Easter Monday that year.

Chassis 5 has spent many years in Australia but has been brought back to the UK by ex-pat Stephen Weller, who will race it in the 'Spirit of Thruxton' single-seater races.

The Woodcote Trophy and Stirling Moss Trophy will join together to provide a stunning grid of more than 30 sportscars from the 1950s.

The earlier cars contest the Woodcote Trophy, where the Jaguar D-type of the Pearson brothers takes on Chris Ward's Cooper Jaguar, while the Grahame and Oliver Bryant Lotus 15 will go up against various Listers in the Moss contest for late 1950s sports-racers. 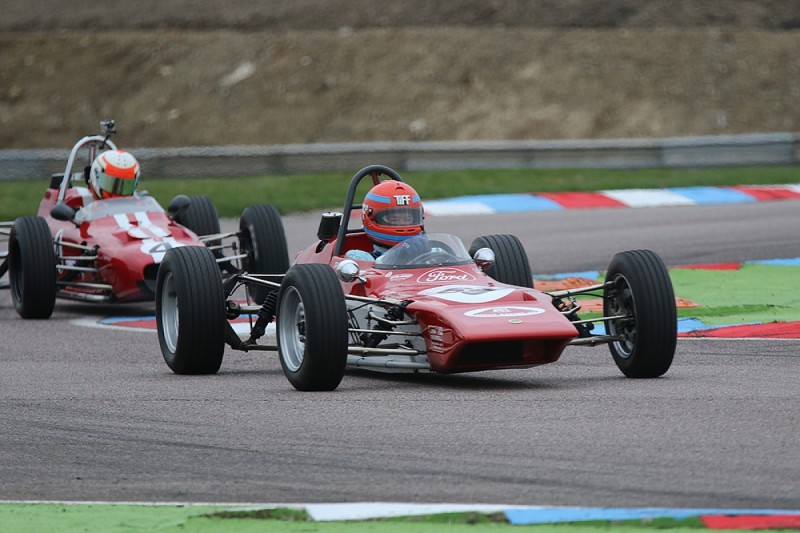 Richard Tarling, Cameron Jackson, Callum Grant and Ben Mitchell are the current top names that will compete in a bumper field of Historic Formula Ford 1600s, with Thruxton legend Tiff Needell joining the grid for the weekend in his Lotus 69.

After leaving Thruxton last weekend in the lead of the British Touring Car Championship, Adam Morgan will return to the Hampshire track to share the 1980 Ford Capri of Ric Wood in the pair of Historic Touring Car Challenge races.