Lap times have tumbled at historic events such as the Goodwood Revival in recent years. Is that a good thing? KEVIN TURNER considers both sides

Development in historic racing sounds like a contradiction in terms, but progress has been part of the game for years. To a degree, you would expect that - some cars would be too unreliable without some application of current knowledge - but things have gone a long way past that.

The 20th anniversary of the Goodwood Revival last weekend provided an ideal opportunity to see how some historic categories have moved on, based on fastest race laps.

Seven main classes could be directly compared. Only one - for the pre- and immediate post-Second World War single-seaters of the Woodcote Cup (1998) and Goodwood Trophy (2018) - was slightly slower.

The improvement in the fastest lap for the Richmond Trophy for 2.5-litre grand prix cars up to 1960 was 2.8 seconds. Given that the fastest 2018 lap was set by a Cooper T53, not the earlier T45/T51 as in 1998, some of that gain is to be expected. Rod Jolley, who set that '98 benchmark and is a man committed to not unduly changing his ex-Jack Brabham and Bruce McLaren machine, actually lapped 0.238s slower than he did two decades ago.

In other cases the improvements make some sense because of the better cars and/or drivers involved. Formula Junior has become hugely competitive in recent years, with lots of young chargers competing around the world, with a high level of preparation. That helps to explain the whopping 11.8s improvement since 1998. 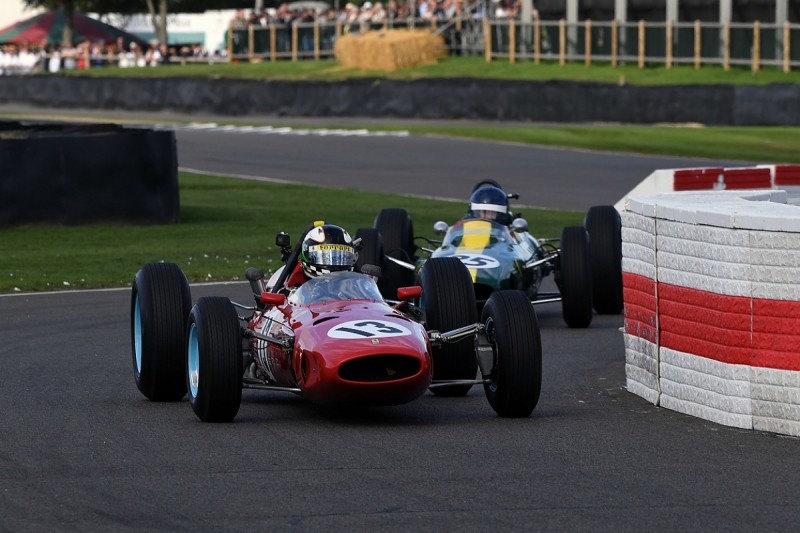 Similarly, you would expect the powerful Ferrari 1512 and game-changing monocoque Lotus 25 that battled for Glover Trophy 1500cc Formula 1 supremacy last weekend to be faster than the Lotus-BRM 24 that set FL in 1998.

The improvement in the TT was 5.5s, significant given that from the first Revival this race attracted some of the star names and best historic drivers in the business. It also had top cars, so the improvement can't be explained so easily.

In the St Mary's Trophy, Ash Sutton's best lap in a new-build Lotus Cortina was not only 7.7s faster than Richard Dodkin's 1998 Mini Cooper S mark, but also beat the time set by Nigel Corner's Jaguar E-type on its way to winning the inaugural RAC TT Celebration (pictured)! 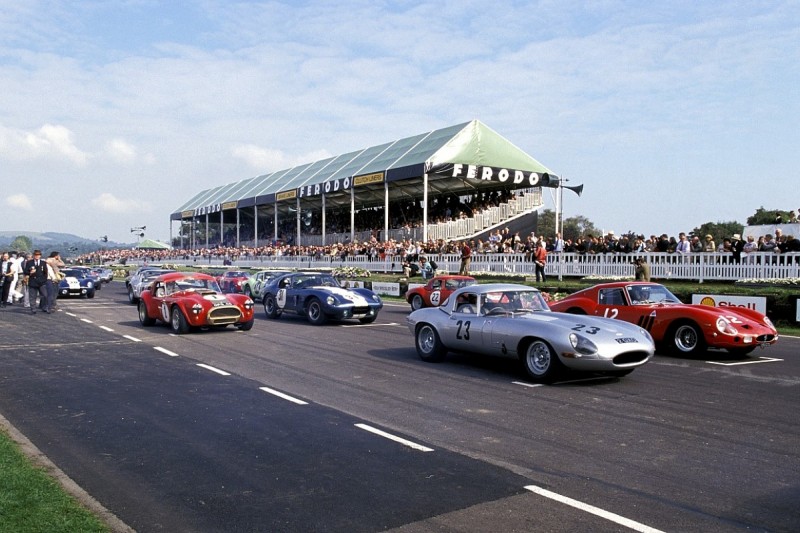 Keeping in mind the fact that Dunlop works hard to keep the treaded crossply tyres as close to period spec as possible, within the constraints of what materials are available (and safe), where do these improvements come from?

One answer is power. The top Cortinas now produce around 185bhp, 40-45bhp more than Clark enjoyed, with more torque. The Jaguar XK engine (as found in E-types and Lister-Jags) and the Ford V8 in the AC Cobras have also proved to be eminently tunable. Improvements in metallurgy, CNC machining precision and lighter synthetic oils have all contributed to more grunt.

Suspension set-up, a key area of development in modern touring cars, is another factor. Combined with welded-in rollcages - a development nobody would argue against, particularly after Pete Chambers' massive accident last Sunday - the cars are also stiffer.

So what's the problem? Is there one?

In terms of raw spectacle, no. The cars still move around, look and sound fantastic. Allowing development means there is the chance for the order to be mixed up year-on-year rather than becoming static. 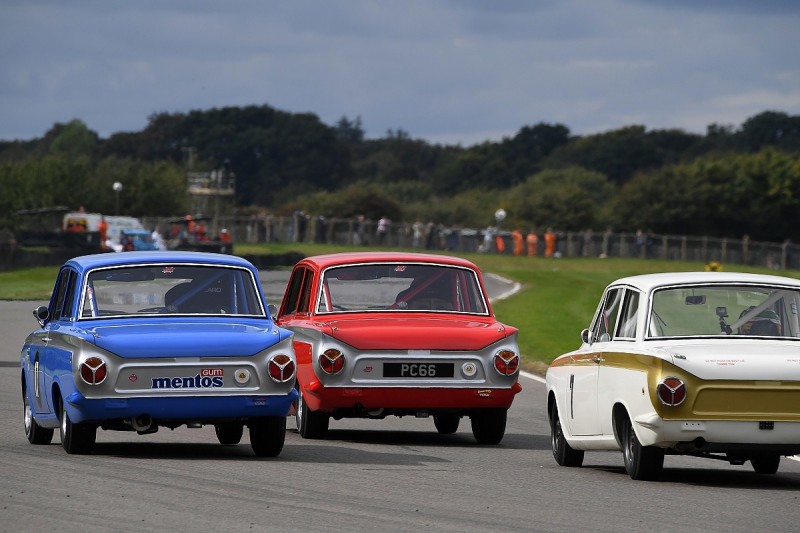 But there are downsides. One is that spectators are not getting a real reflection of motorsport history. For example, Mini 1275 GTs did not challenge the big bangers, as they do at the Goodwood Members' Meetings in the Gerry Marshall Trophy, in the 1970s.

Perhaps that doesn't matter. If the racing and spectacle is good, a bit of poetic licence could be desirable, providing nobody argues this is the way it was.

More problematic is that it can keep cars away. Owners who don't wish to develop their genuine cars, or build faster facsimiles, are seeing their valuable machines get less and less competitive.

There were no Ferraris in the RAC TT last weekend and the chances of a non-Cobra/E-type win seem remote. There hasn't been one since 2013.

Whether it's Formula 1 or historic racing, engineers won't unlearn things. Cars will always get better.

But when it comes to certain historic races, the line has to be drawn somewhere before more people are priced out, or genuine cars are developed out, of one of the best branches of motorsport.