In a re-run of the fiercely competitive races at the 2019 event, which celebrated the 60th anniversary of the launch of the Mini, this year's event will honour 60 years since John Cooper developed a sporting version of the Mini with more power, better brakes and improved handling.

As in 2019, when sportscar ace Darren Turner and BTCC race winner Adam Morgan shared the wins, a capacity grid of 60 cars will compete on the Silverstone Grand Prix circuit.

The Silverstone Classic did not run in 2020 but is planned to celebrate its delayed 30th birthday this summer.

Confirmation of the Mini races adds to the already announced all-Jaguar E-type race to mark the 60th birthday of another British motoring icon.

Qualifying for the Mini races will take place on Friday and will be followed by 20-minute races on both Saturday and Sunday afternoons. 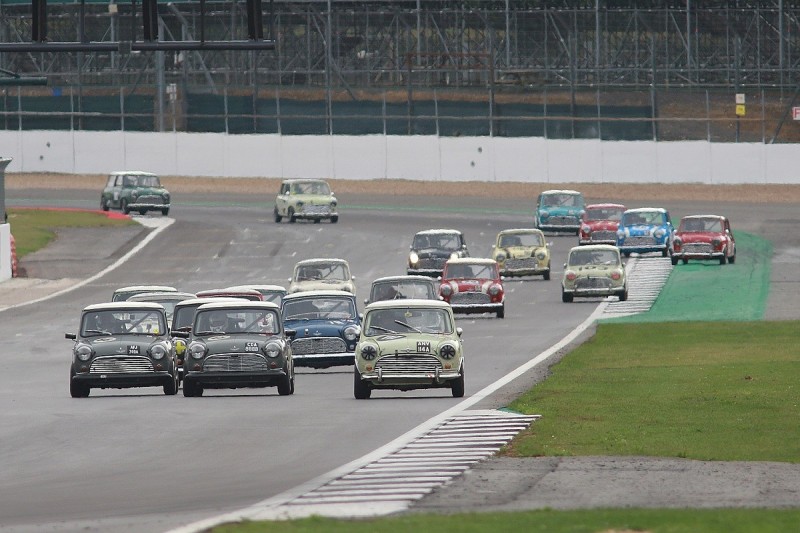 "Just like the Jaguar E-type, the Mini Cooper is a true British design icon - now to have fantastic races dedicated to both these wonderful motoring legends on the same bill this summer will be really incredible and something really special for show-goers to look forward to."

Launched in September 1961, the Mini Cooper was the catalyst for the revolutionary design to go on to widespread success in racing and rallying.

The later Cooper S was introduced in 1964 and the pre '66 cars racing at Silverstone this summer will be prepared to period Cooper S specification.