Dickie Stanford, team manager for the Williams Formula 1 team in the 1990s, has joined the United Autosports team as its new historic motorsport project manager.

Most recently Stanford has been general manager at Williams Heritage, looking after a range of the company's period Formula 1 cars but will now join United Autosports operation as a key part of its expanding historic racing set-up.

Stanford worked in Formula Ford and Formula 3 before joining the Ralt Formula 2 team headed by the late Ron Tauranac. In 1985, Stanford joined Williams as race mechanic to Nigel Mansell and went on to become team manager in 1995.

PLUS: How pragmatic principles made Tauranac a design legend

In his new role, Stanford will manage restoration projects and travel to race meetings as part of the historic race team working alongside United Autosports engineer Paul Haigh.

His first trip will be to Portugal this weekend (9-11 October) for the Peter Auto Estoril Classic, where the team will run a 1989 Jaguar XJR10 Group C car and a 1974 Ford Cologne Capri RS3100 for Zak Brown and Dario Franchitti.

Stanford said: "I am delighted to be joining United Autosports as historic motorsport project manager and I am looking forward to working on new and very exciting ongoing historic projects with the team.

"United Autosports have some of the best examples of F1, Indy cars and sports cars in the world. I would like to say thank you to Zak and Richard and the rest of the team at United Autosports for my very warm welcome." 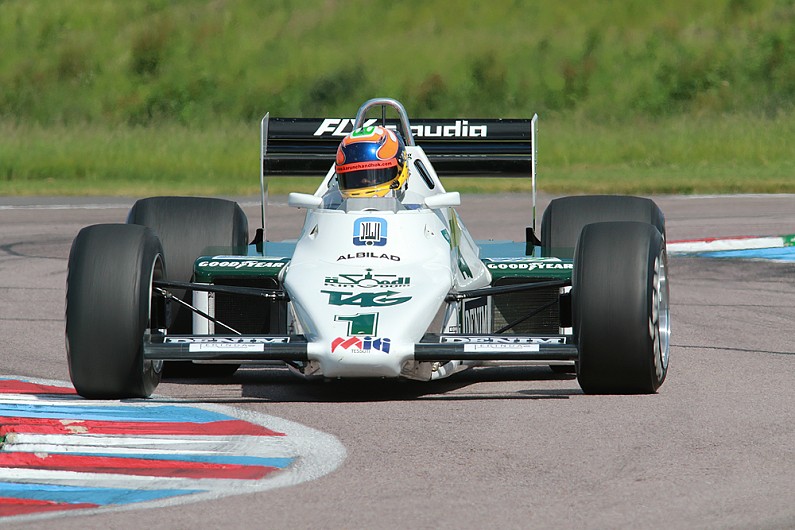 Team co-owner and managing director Richard Dean said: "Welcoming Dickie into the team will be fantastic for us as he has a lot of experience. The timing is just right as we look to expand our historic motor sport department."

"I'm delighted Dickie has joined the team in our growing historics motorsport department and I'm looking forward to working with him as he brings his experience to the team," Brown, team co-owner and chairman added.