The small team at Castle Combe had worked hard to build the annual event into a two-day event to mark the 70th anniversary of the track, which first hosted racing in July 1950.

Despite the COVID-19 restrictions, a very strong entry was taken and a limited number of spectators were admitted. Saturday's racing went ahead as planned on a track that was always very wet but not wet enough to curtail the action.

Headlining the racing was a superb 90-minute enduro for the GT and Sports Car Cup, won by the Lotus Elan 26R of Andrew Haddon and Andrew Wolfe after a race-long battle with the Jaguar E-type of Gregor Fisken and Marino Franchitti.

For Franchitti, younger brother of IndyCar racer Dario, it was his first race at Castle Combe.

However, heavy overnight rain left the circuit waterlogged on Sunday morning and after several periodic inspections, racing was finally abandoned at 11:15AM without a wheel being turned. 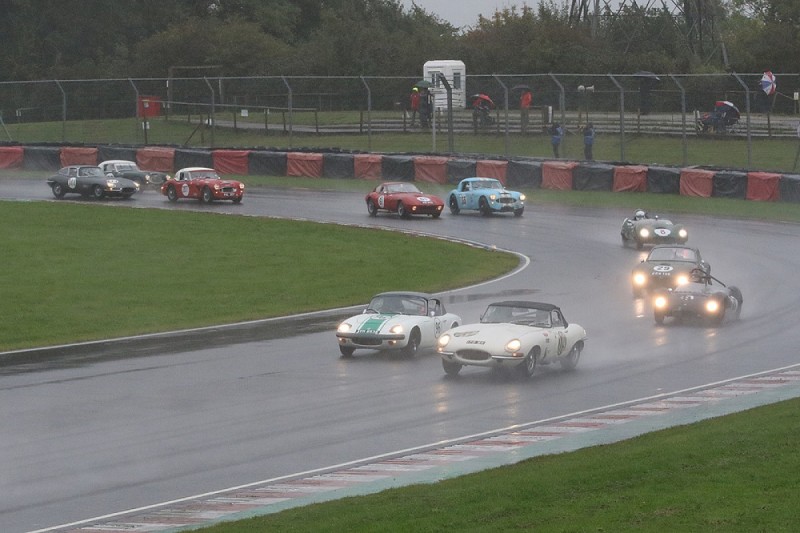 By then, the organisers of five of the planned eight races had already decided not to race, leaving only three races from the Historic Racing Drivers' Club as possible to go ahead.

But with no sign of the weather improving before mid-afternoon, the meeting was abandoned.

"It was the right decision," said former BTCC and GT racer Mike Jordan, who was due to share a pre '66 Mini Cooper with his son Andrew. "We'd already decided to put the car back in the truck."

There is a possibility that the races lost to the conditions could form a new one-day meeting at Castle Combe before the end of the season, but nothing is confirmed.