For the 2018 event, held across July 20-22, sports-prototypes and GT cars from as recently as 2011 will take the prime race slot previously allocated to the Group C cars of the 1980s.

Now, the most recent cars to feature in a significant race at the event will run into the dusk in an evocation of the Le Mans 24 Hours between 1995 and 2011.

Three headline races with a Le Mans flavour will dominate Saturday afternoon and evening, starting with the International Trophy for pre-1966 GT cars and the FIA Masters Historic Sports Car Championship round.

Then, towards dusk, the Endurance Legends series will make its Silverstone debut as the series builds on a successful pilot race at Spa last month.

"The LMP cars look absolutely phenomenal and are very different to everything else we have on track."

The change comes after a disappointing Group C turn-out this summer, when only 13 cars arrived at Silverstone.

A clashing fixture at the Le Mans Classic, two weeks earlier, meant that the Group C cars were never likely to be racing at Silverstone in 2018.

The fledging Endurance Legends series had an encouraging 21-car field of LMP prototypes and GT cars at Spa (pictured below) and the Silverstone race is the first 2018 date to be confirmed.

Nicolas Minassian is a director of the series and was reunited with a 2011 Peugeot 908 LMP1 turbodiesel in the Spa race.

Another major feature of the Silverstone Classic will be a celebration of 70 years since Silverstone's first British Grand Prix held on October 2 1948.

That first race, before the creation of the World Championship, was won by the Maserati 4CLT of Luigi Villoresi. 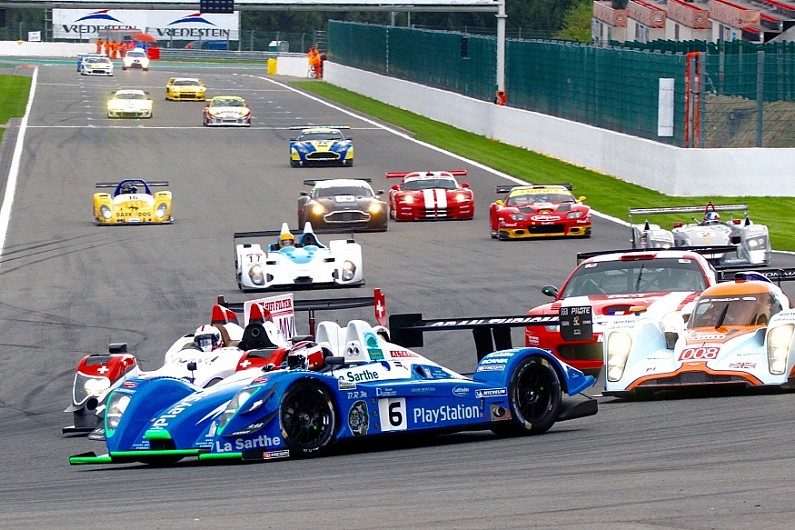