Each team making a full-season entry in the Pro and Silver Cup classes will be required to enter one driver in the GTWCE Esports Cup at all five rounds of the series, which incorporates the Spa 24 Hours in July.

The top three teams in each of the five one-hour Esports races will score points on a 3-2-1 basis in the Endurance Cup and the overall GTWCE championship, which incorporates the five Sprint Cup weekends.

"We have the perfect series to do it with, because we have the Endurance Cup, the Sprint Cup and now the Esports Cup, and the combination of the three will now determine the overall teams' champion.

"I believe each team will have at least one driver who is good at gaming.

"This will create excitement in the paddock and help bring our series to so many more people."

Ratel explained that it was not possible for points to be awarded in the GTWCE Endurance Cup drivers' championship because of a limitation on the number of simulators.

"We couldn't have one driver from every car because the maximum number of simulators we can bring is 24 - more would have been impossible to organise," he said. 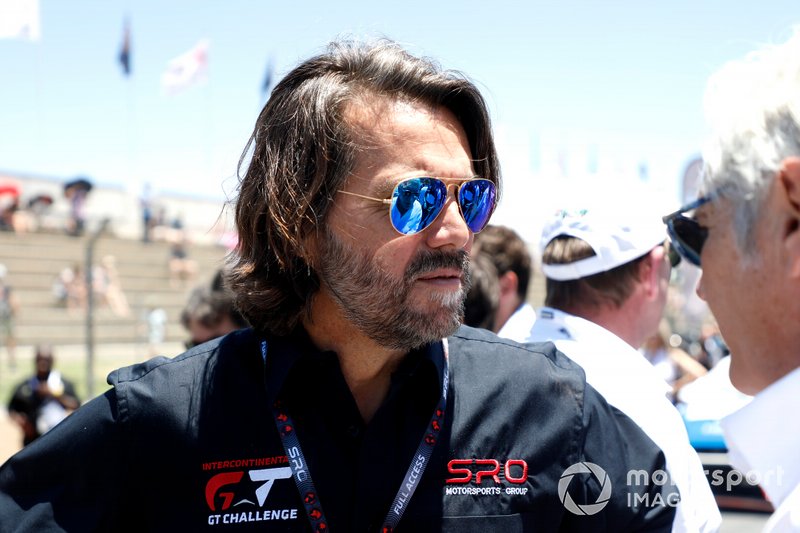 The 2021 Endurance Cup entry list has yet to be released, but the full-season entry published in early March last year included more than 30 cars across the Pro and Silver Cup categories.

The idea of incorporating an Esports competition within the GTWCE started with the Stephane Ratel Organisation's launch last year of an Esports series based on the Assetto Corsa Competizione platform.

The SRO E-Sport GT Series was started after the GTWCE season was delayed as a result of the COVID-19 pandemic and ran over five rounds, finishing in June.

"Esports was always a bit hazy for me, but last year it became very real," Ratel said.

"Assetto Corsa then started talking about combining the two.

Ratel revealed a hope that this will be the first step towards greater integration of the real and virtual realms for the series.

"I believe that in the future we can have drivers in simulators competing in the real race," he said.

"I believe it will come, but for that we need a little more time."

The new means of scoring will be known as the Fanatec Points Boost, after the Esports hardware supplier that has become the title sponsor of the GTWCE for 2021.

Two hours of testing will be available on the Friday of each GTWCE event, or Thursday at Spa, followed by a non-compulsory warm-up, a 20-minute qualifying session and then the one-hour race on the following day.

If there are more than 24 teams entered in the Pro and Silver Cup classes, priority will be given to participants competing in the full, 10-weekend GTWCE schedule.

If there are fewer than 24, entries will be available to teams competing in the Pro-Am and Am Cup classes, who will not be eligible for points.