The team's pair of R8 LMS GT3 cars will be entered under the Audi Sport Team WRT banner as part of the German marque's commitment to defend its drivers' and manufacturers' titles in the Intercontinental GT Challenge, which links Bathurst with the Spa 24 Hours and the new GT3 enduros at Suzuka and Laguna Seca.

The WRT line-up for the Bathurst enduro on February 4 will include factory drivers Robin Frijns and Dries Vanthoor.

Vanthoor, who has joined Audi's GT pool for 2018, will share the lead car with Frijns and Stuart Leonard, who together won the 2017 Blancpain GT Series Sprint Cup with WRT.

Team boss Vincent Vosse told Autosport: "I've been trying to do Bathurst for the past few years, but I have never been able to make it happen.

The deal with the trio of Aston WEC drivers came up after Vosse met Dalla Lana.

"Somehow I met Paul and he told me that he'd love to do Bathurst," said Vosse, who co-drive with Lamy on the way to 2006 Le Mans Series GT1 title.

Vosse explained that the guidance of WRT sporting director Pierre Dieudonne, who raced in the Bathurst 1000 touring car classic on four occasions, would help make up for the team's lack of experience on the Mount Panorama circuit.

WRT's pair of R8s are set to be joined on the Bathurst grid by eight other Audis.

Teams running them include Hallmarc Developments and International Motorsport.

WRT will also field a car at the Dubai 24 Hours next month under the MS7 by WRT banner (pictured below).

The solo WRT entry for the enduro on January 12-13 will be driven by Vanthoor, Christopher Mies, Michael Vergers and Mohammed Al Saud. 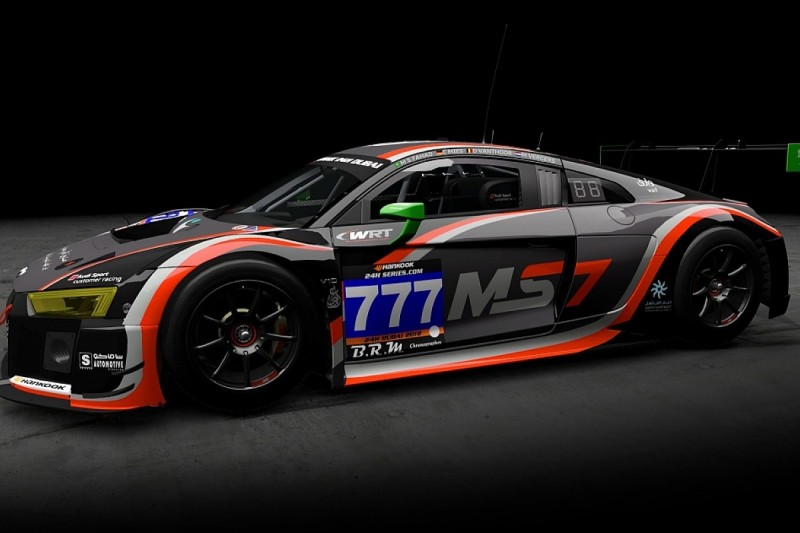