Villeneuve, the 1997 F1 champion, made his Carrera Cup Scandinavia debut earlier this year in the opening round of the season and Knutstorp as a guest entry.

He has been invited back to race one of the VIP cars at the Karlskoga circuit on August 17-18.

Villeneuve will join Prince Carl Philip, the only son of the king and queen of Sweden and fourth in line to the throne, at the Kanonloppet (The Cannon Race) event.

The Swedish prince is a regular racer, having contested the Carrera Cup, Scandinavian Touring Car Championship and Porsche's GT3 Cup Scandinavia, which he won the GT Endurance element of in 2010.

His participation in the Karlskoga race, which is his only competitive appearance of the season, was confirmed earlier this year but Villeneuve is a late addition to the official entry. 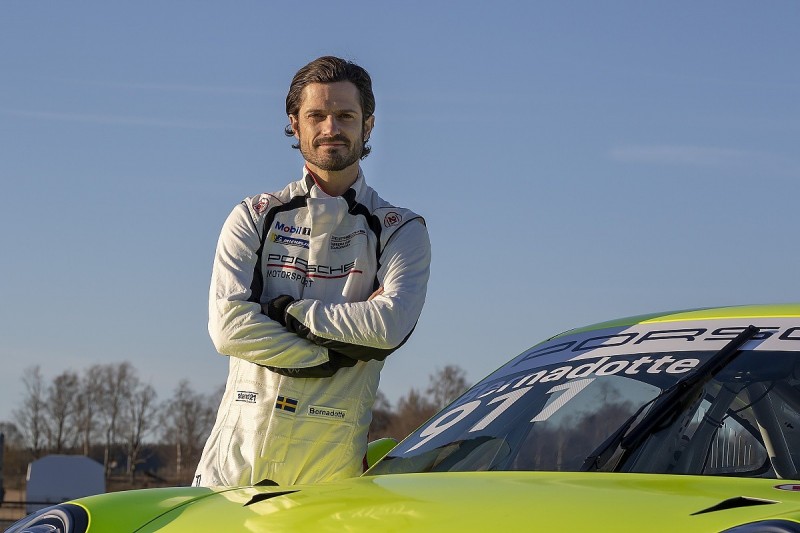 The prince will take the traditional #911 for the guest car, while Villeneuve will honour his F1 title success by switching to #97.

"We are proud of the drivers who decide to compete in our guest cars in Porsche Carrera Cup Scandinavia," Porsche Sweden director Raine Wermelin said.

"The upcoming race weekend will be very special in every aspect.

"We welcome Prince Carl Philip's decision to drive with us at the Gelleråsen Arena [Karlskoga].

"The fact that we can now also announce that Jacques Villeneuve will be making a comeback and will be competing for the second time in this year's championship makes this year's Kanonloppet a landmark event in the history of the series."

Other guest drivers in the series this year include reigning British F3 champion Linus Lundqvist, and Hampus Ericsson, the younger brother of ex-F1 driver Marcus.