The 40-year-old Swiss driver, who will make his final race start aboard his regular HTP Motorsport Bentley Continental GT3 on Sunday, is hanging up his helmet after 11 seasons of international sportscar racing that included stints with the Pescarolo team, Aston Martin Racing and Rebellion Racing.

He said that "now is the right time to begin a fresh chapter in life by focusing on other projects".

After dovetailing a World Series Lights single-seater programme with a VdeV endurance campaign in 2004, he moved into prototypes the following year.

He raced for the Kruse Motorsport LMP2 team and Rollcentre Racing in LMP1 and contested the Le Mans 24 Hours for the first of eight times.

He subsequently raced LMP1 machinery for the Saulnier Racing-run Swiss Spirit squad, Creation Autosportif, Pescarolo Sport and AMR, driving both its Lola-based LMP1 coupes and the short-lived AMR-One in 2009-11.

After a season racing a Rebellion Lola-Toyota in 2012, he switched to the GT ranks with Phoenix in the BES before moving to HTP last season to race a Mercedes, which yielded second place in the Bathurst 12 Hours.

Primat's biggest successes came in the American Le Mans Series: he won the Laguna Seca round for AMR in 2011 with Stefan Mucke and Adrian Fernandez, as well as notching up podiums at the same track with Creation in '06 and in the Sebring 12 Hours aboard an Aston in 2010.

He also triumphed in one of the two heats that made up the Okayama 1000Km stand-alone Asian Le Mans Series event in 2009 in an Aston Martin shared with Mucke.

His best result at Le Mans was sixth in the same season.

... Primat initially raced in the US without his family's knowledge?

Their ignorance came to an end thanks to the efforts of his sister on Google. 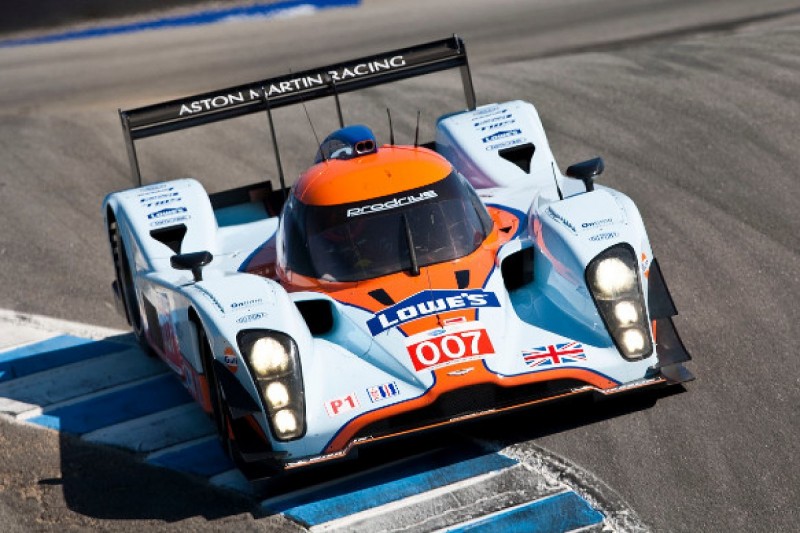