The M-Sport Bentley Continental GT3 shared by Guy Smith, Andy Meyrick and Steven Kane came back from a drive-through penalty in the first hour to take the lead from the leading ART Grand Prix McLaren driven by Andy Soucek in the closing stages.

The Bentley ran second and then third in Smith's hands before the penalty for improving his time in the opening sector when yellow flags were on display.

Meyrick stormed from fifth to second during his stint in the middle of the three-hour race.

Kane had closed the gap to Soucek, who shared his McLaren with Kevin Estre and Kevin Korjus, from 21 seconds to just under 16s after the final round of pitstops before the safety car was deployed.

The Northern Irish driver was able to close down a five-second deficit after the race went green with 30 minutes to go and take the lead just over seven laps before the chequered flag.

Smith said: "When I saw I'd got a drive-through, I thought 'that's it'. I was really disappointed. 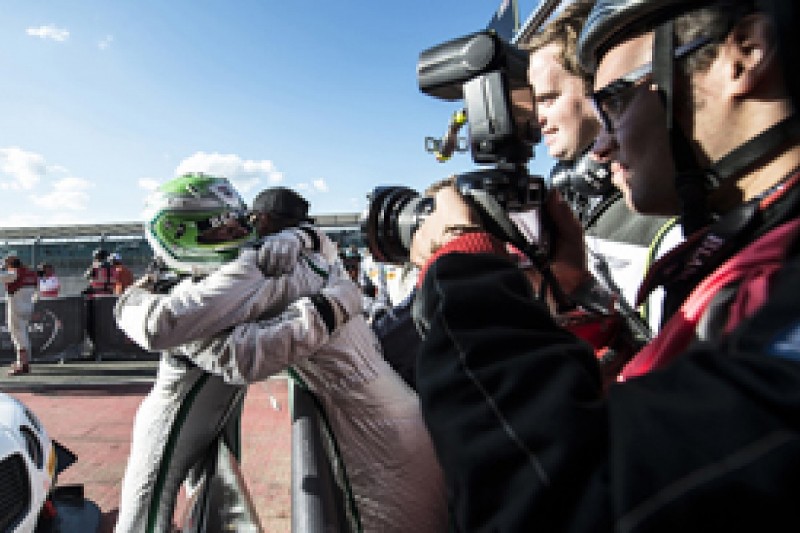 "What we did today was amazing and the team played a big part in the pits - we've made big progress in the pitstop since Monza [the opening BES round in April]."

Third place behind the best of the ART McLarens was taken by the WRT Audi R8 LMS shared by Marc Basseng, Cesar Ramos and Laurens Vanthoor, which came back from a drive-through penalty early in the race.

Vanthoor closed down the Sainteloc Audi driven by Gregory Guilvert to snatch the final place on the podium on the last lap of the race.

The ART McLaren that started from the front row led throughout the opening stint in the hands of Alvaro Parente before Gregoire Demoustier lost the lead and dropped half a minute to team-mate Korjus.

Alexandre Premat spun the car at the restart and then faded to seventh at the chequered flag.