The race began behind the safety car due to heavy rain and fog, but after 20 minutes it was finally able to get under way.

Vanthoor's title hopes were boosted in the early stages when his main rivals came together and eliminated each other from contention. In avoidng a spinning Bentley, Edward Sandstrom's Sainteloc Audi collected Alvaro Parente's ART McLaren, forcing Parente out of the race and costing Sandstrom four laps.

With a struggling Bentley of Guy Smith, Andy Meyrick and Steven Kane not involved towards the front, the only real threat to Vanthoor came from Nico Verdonck.

In the second stint of the race, Verdonck's HTP Mercedes - in the hands of Bernd Schneider - led the race, but Vanthoor's team-mate Cesar Ramos was still running in third position.

Just past the halfway mark, the HTP Mercedes spun into the gravel at the final corner, leaving the door open for Vanthoor to cruise home to take victory and the title. 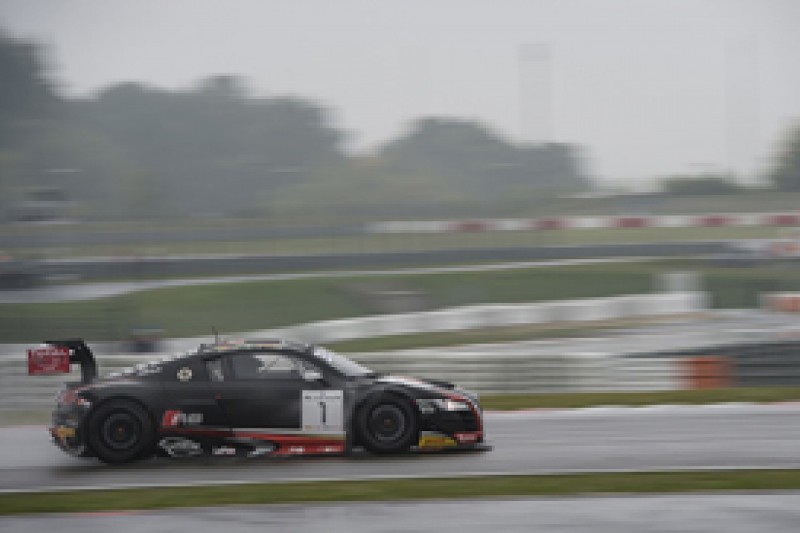 The Black Falcon Mercedes SLS entry completed the podium, while a fortunate safety car period at one point saw Hubert Haupt, Abdulaziz Al Faisal and Andreas Simonsen lead the race from 19th on the grid.

Fourth overall went to the Pro-Am pairing of Henry Hassid and Nick Catsburg, as yet another impressive drive from Catsburg brought him through the order in the wet early stages, before Hassid consilidated fourth place at the finish.

They were not victorious in the overall Pro-Am championship however, as the Scuderia Villorba Corse Ferrari of Stefano Gai and Andrea Rizzoli finished ahead of their championship rivals, despite a spin and a drive-through penalty.

In the Gentleman Trophy, race honours were taken by the Team Parker Audi pairing of Ian Loggie and Julian Westwood, while victory in the two most lucrative races - Spa and Nurburgring - was enough for Peter Mann and Francisco Guedes to seal the overall Gentleman Trophy title.

Dunlop set to begin GT tyre testing ahead of 2015 return