The new Bentley Continental GT3, built and developed by M-Sport, finished one lap down on the first and second-placed Ferrari and Mercedes.

Bentley motorsport boss Brian Gush said: "The most important thing was to finish and finish cleanly. The team and car performed excellently.

"But this is a development race for us and we didn't come here thinking of podiums."

The Bentley finished a lap down because the Continental made one more pitstop than its rivals after M-Sport opted for a conservative fuel strategy.

Bentley motorsport project manager John Wickham said: "We were being conservative with the fuel and not running the tank right down; this is our first race and we wanted to be careful."

The opening six hours were won by the AF Corse Ferrari, which is bidding for a hat-trick of victories in the Yas Marina fixture.

Their Ferrari moved into the lead during a safety-car period when AF brought the car in for the third and fourth of its four mandatory 2m40s pitstops in double quick time. 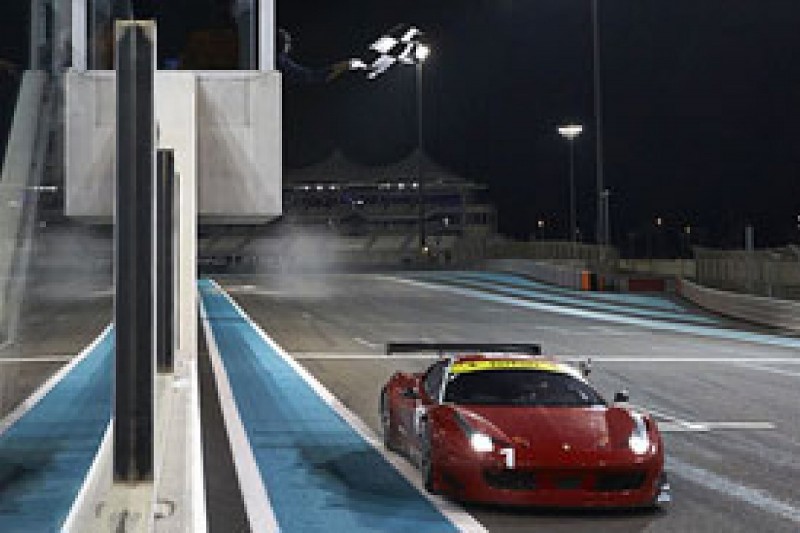 The Merc was making its fourth pitstop just as the safety car came in, which lost the car the better part of a lap.

Bleekemolen fought back to within 15s of the Ferrari, only for the Mercedes to lose time when a wheel nut jammed at its final pitstop.

Cioci insisted that the pole-winning Mercedes was still favourite for victory in the Gulf 12 Hours.

"It is going to be a hard race against the Merc; I think we can only win it on strategy," he said.

The Merc's deficit in the first part of the race will have no bearing on the final result after 12 hours, which will be determined by the number of laps completed in the first six hours and the elapsed time in the second.