Lexus presents its GT3 challenger, aims to compete in 2015

The Toyota brand unveiled a concept of a GT3 racer based on its RC F Sport coupe at this week's Geneva motor show and has revealed its intent to deliver the first cars in time for the start of the 2015 season.

Yukihiko Yaguchi, chief engineer on the RC F programme, revealed that initial development of the race car had gone hand in hand with that of the F Sport road car, which also made its world debut at Geneva.

The first test car in Japan is approaching completion and is due to start running next month, according to Yaguchi.

"We will start testing in April and then bring the car in Europe in September to do Balance of Performance testing with the FIA," he explained.

"Our intention is to be ready for 2015 to participate with customers."

Yaguchi revealed that orders had already been received for the car and that it was the intention of Lexus for the RC F GT3 to be available to customers in all markets.

A price has yet to be set for the car, but Yaguchi said it would be competitive with other GT3 machinery.

Development of the RC F has been undertaken at Toyota Racing Development, which has also been responsible for Lexus's Super GT contenders.

The racing car is powered by a 540bhp five-litre V8 and follows the thinking from the Lexus RC F Super GT silhouette racer in terms of aerodynamics and suspension design. 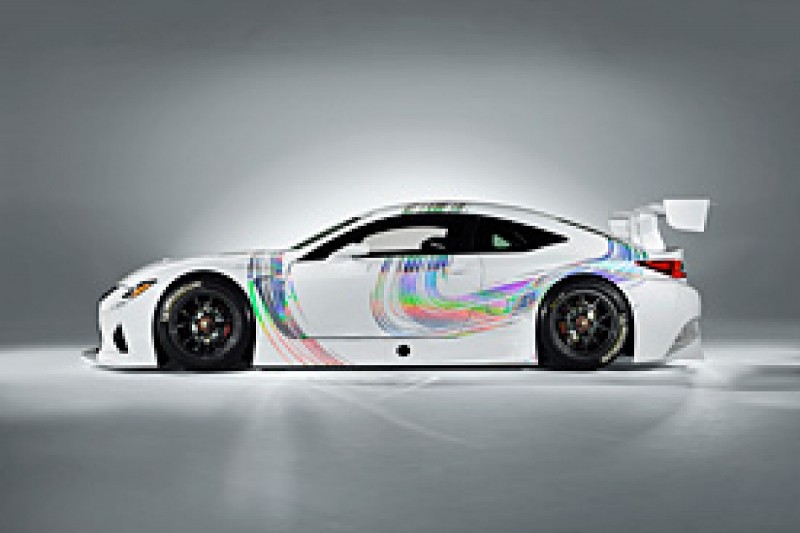 "It is incredible that there seems to be no end to the success story of GT3," he said.

"With Lexus, we will have 15 different homologated cars.'

Lexus's entry comes at a time when the GT300 class of the Super GT Series in Japan is increasingly dominated, at least numerically, by GT3 machinery.

The RC F GT3 should give Lexus the opportunity to race in the Le Mans 24 Hours.

So-called convergence talks designed to bring the GTE and GT3 categories closer together are due to result in a new set of regulations for 2016 or 2017 at the latest.

The idea is that manufacturers will be able to build an entry-level car for a class to be known simply as GT and then produce an upgrade kit to allow it to race in a higher category known as GT+ that would replace GTE.