The 43-year-old, who was part of Bentley's Le Mans-winning crew in 2003 with the Speed 8 LM-GTP coupe, will maintain his links with the British manufacturer after his final race appearance in Sunday's Endurance Cup round of the BGTS in the second-generation Continental GT3.

Smith will move into a support role for customers running Bentley's GT3 machinery around the world, while continuing as a test and development driver.

The plan for him to step aside was made with Bentley at the end of 2017.

Smith, who first drove for Bentley at Le Mans in 2001 (pictured below), said: "This was not an easy decision to make, but the time is right for me to step back and allow some younger talent into my Bentley seat. 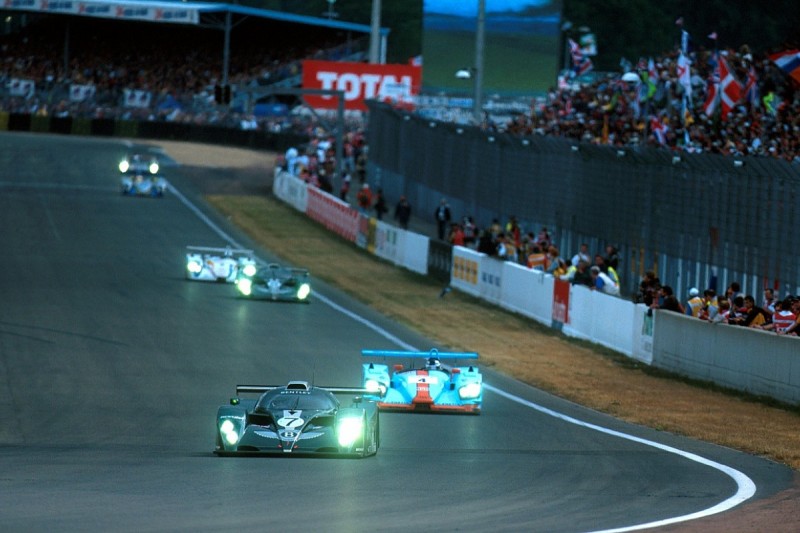 "At the end of last year, I decided that I wanted to see the new second-generation Continental GT3 through its first race after being part of its development from the start - and we achieved that at Monza a few weeks ago.

"It feels right that my final race with the team should be at Silverstone, which has been one of the most important circuits of my career."

"While we'll all be sorry to see him step back from Bentley Team M-Sport, I'm delighted that he stays a member of the Bentley Motorsport family and that he's taken this decision at the time that feels right for him," he said.

Smith thanked the Bentley Team M-Sport for which he has driven since the beginning of the Continental project in 2013 for its hard work and the results that he achieved.

He took two victories in Blancpain Endurance Series with Bentley in 2014 alongside Steven Kane and Andy Meyrick.

Smith's place alongside Kane and Jules Gounon in the #7 Bentley will be taken from the Paul Ricard BGTS round next month by South African Jordan Pepper.

The 21-year-old raced for the Abt Bentley team in ADAC GT Masters in 2016 and in the Nurburgring 24 Hours last year.