The German fixture, which maintains its September 6 date, has been extended in duration and joins the already-rescheduled Paul Ricard 1000Km six-hour race in November on what is now an eight-weekend calendar.

GTWCE organiser the Stephane Ratel Organisation has reduced the number of events from 10 to eight in light of the compacted season resulting from the COVID-19 pandemic, while keeping the total duration of the races on the calendar unchanged.

The additional duration at the 'Ring effectively takes the place of one of the regular three-hour races on the Endurance Cup segment of the GTWCE season.

The Sprint Cup section has also been reduced by one weekend, but two of the events will now include a third one-hour race.

They are the opening sprint event at Misano, originally set for the first weekend of July, on August 8/9 and a round at Barcelona on October 10/11.

Series boss Stephane Ratel told Autosport: "The business model for most of our teams is to do two championships; many of them also do ADAC GT Masters in Germany, the British GT Championship or race in the French series.

"It was important that there weren't clashes, so it was not possible to have 10 events in a short period.

"We have kept the total of duration of the races the same, so two of the four sprints will have three races and we have put an extra six-hour race in to take the place of two three-hour races." 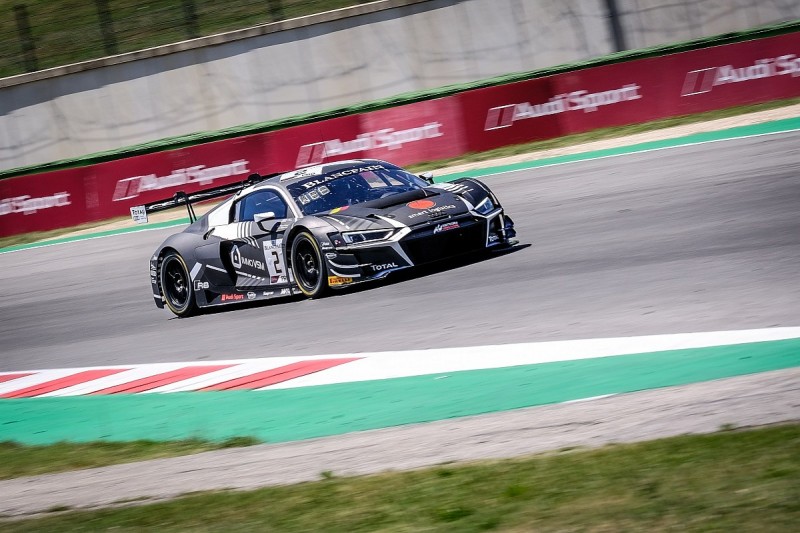 Ratel added that the calendar has been devised to reduce transport times.

"Teams and drivers will be able to reach these events by road during a period when air travel is likely to remain challenging," he explained.

The GTWCE is now due to begin at Imola on July 26 with the first of the four enduros. The Italian venue had been due to host a sprint round on October 31/November 1 in SRO's first revised schedule published last month.

Zandvoort's sprint cup fixture on June 27/28 had remained as the listed start date of the championship until the latest announcement. It has now moved back to September 26/27 after a new fixture at Magny-Cours earlier in the month.

The Barcelona fixture becomes the sprint finale after changing format for a second time of the season. The Endurance Cup is completed by the Spa 24 Hours and the Paul Ricard 1000Km, which had both already been pushed back in the year.

Ratel revealed that he remains hopeful that the grids for both legs of the GTWCE will hold up despite the onset of recession resulting from the world health crisis.

"We have had very few requests for refunds, very few teams saying that they won't come," he said. "We had a record full-season entry for endurance of 55 cars, so we are starting from a high level — I think we will have a good grid."

Giant-killers: When Geordies won the day in a "bucking bronco"