The 64-year-old Italian explained that his appearance in the blue riband Blancpain GT Series Endurance Cup round in Belgium aboard a JAS Motorsport-run Honda NSX GT3 was linked to his retirement from amateur show-jumping.

"The adrenalin of competition has always been part of my life, but recently it has gone down a bit," he told Autosport.

"After I stopped racing I started show-jumping and have an amateur Italian title in my pocket.

"I stopped that about four years ago, so until recently I always had something to wake me up, so when this opportunity came, I thought why not do it even though I wasn't thinking about racing again."

Patrese explained that other motivations were a desire to race at Spa again, for the first time since the 1993 Belgian GP, and to show to his 12-year-old son what he did for a living in the past.

"To come back to Spa, where I have some really good memories, helped my decision - that gave me a push to come back," he said. 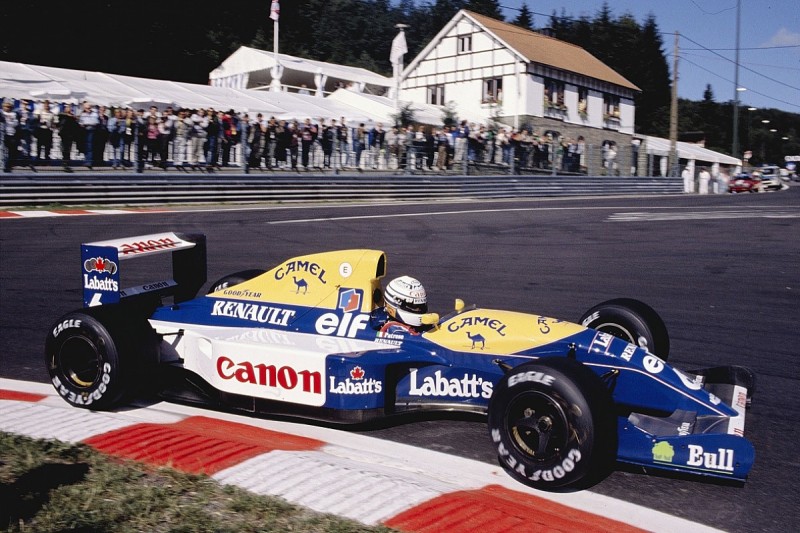 "My son is only 12, so he never saw me race; I wanted to show him what I did for all those years."

He stressed that he had made no decision on whether Spa will be a one-off or whether he will race again.

Patrese has not raced since 2006 when he competed in the shortlived Grand Prix Masters single-seater series for retired grand prix drivers.

The last time he drove a racing car was in 2008 when he took part in a promotional test in a Honda RA107 Formula 1 car at Jerez.

He made a decision to contest the race alongside Bertrand Baguette, Esteban Guerrieri and racing journalist Loic Depailler, son of the late grand prix driver Patrick, after having a try-out in the twin-turbo Honda at the Cervesina circuit in northern Italy.

Depailler and Patrese have been brought into the line-up alongside the Honda-affiliated Baguette and Guerrieri because the NSX is entered in the pro-am class, which demands two bronze-rated drivers.

Patrese is bronze rated because he is over 60.

JAS was not allowed to field the car in the pro class because there is no Honda competing in the full BGTS Endurance Cup this year.

Patrese spun at Stavelot during first qualifying on Thursday evening and the Honda finished up 49th at the end of the aggregate session.

The times were topped by the factory-supported Walkenhorst BMW M6 GT3 shared by Tom Blomqvist, Philipp Eng and Christian Krognes.

The fastest 20 cars go forward into Friday evening's superpole session that determines the first 10 rows of the grid for the 70th running of the Spa 24 Hours.