Mercedes-AMG Motorsport has announced a five-car line-up for the 2017 edition of the Nurburgring 24 Hours, including its new DTM signing Edoardo Mortara

Two of the entries under the Mercedes-AMG Performance Teams banner will be fielded by two-time race winner outfit Black Falcon, with HTP running another two entries and Haribo Racing Team in charge of the final car.

Mortara, who is likely to race a Mercedes in the Blancpain GT Series Endurance Cup this year, will run with HTP Motorsport in his first Nurburgring race for the Silver Arrows - having previously contested the event with Volkswagen and Audi.

Joining him in the car will be regulars Dominik Baumann and Maximilian Buhk, as well as fellow newcomer Edward Sandstrom - who, like Mortara, spent the last few years in the Audi camp. 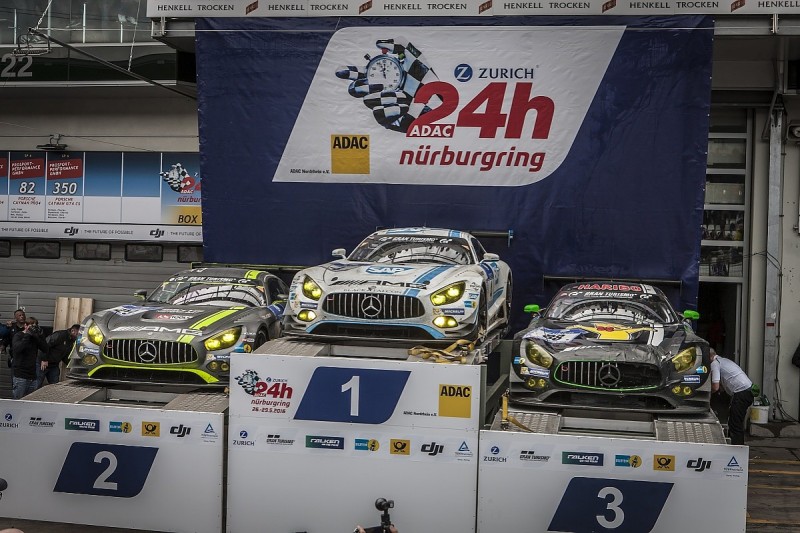 The Black Falcon crew that won the 2016 race is mostly unchanged, with newly-signed Mercedes DTM driver Maro Engel, Adam Christodoulou and Manuel Metzger staying on, while Yelmer Buurman moves from the team's other car to take Bernd Schneider's spot.

Engel is set for double duty across the two Black Falcon entries, joined in the second car by Thomas Jager, Dirk Muller and Jan Seyffarth.