Ford Performance director Dave Pericak will vacate his position from December 1, after a stint at Ford Performance that included the integration of Ford's Racing, Team RS and Special Vehicle Team divisions three years ago.

Until the previous round in Japan, Ford also held the lead in the World Endurance Championship's GT drivers' standings.

"Le Mans was a pretty significant accomplishment, not just from winning the race," said Pericak, who is returning to the production side of Ford as the engineering director for Unibody.

"It was the way in which we were able to attack a task like that which everyone said was an impossible thing to go do."

He added: "We went from 80-some people when I got here to 170 Ford Performance heads now.

"All the stuff we've been doing for the past three years has been pretty impressive, I think, personally, and I'm proud of it.

"Now, it's time for me to go and take this global approach and bring it to the mainstream, where we can start affecting the way that we do production cars and trucks on a larger scale." 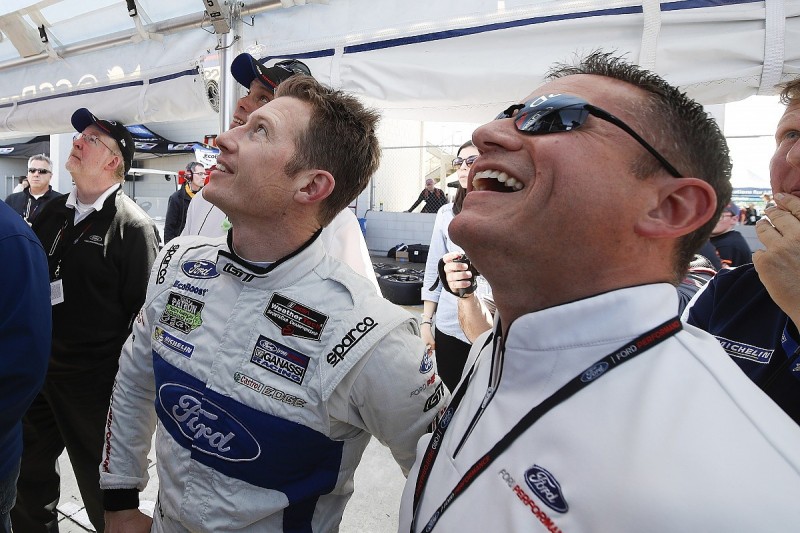 In addition to the end of the WEC campaign Pericak will also remain in his role to see out the NASCAR season.

Pericak (pictured above with Ryan Briscoe) recruited Stewart-Haas Racing prior to the 2017 season in an effort to bolster Ford's presence in NASCAR, and developed Ford Performance's technical centre in Concord.

"We're laser-focused on the championship," Pericak said. "We have a strategy in place and we're working that strategy.

"I won't even be slightly distracted until the end of this season.

"I'm very proud of bringing Stewart-Haas in and some of the additional changes we made to the teams that are going to further strengthen where we go in the future of NASCAR."