British GT championship leader Jonny Adam has been forced to withdraw from this weekend's fourth round at Spa-Francorchamps due to COVID-19, with Ross Gunn taking his place at Beechdean AMR.

Four-time series champion Adam, who returned to British GT this season to partner Andrew Howard after the pandemic prompted the withdrawal of the TF Sport entry he was due to race in 2020, has scored two podiums from the first three rounds in Beechdean's Aston Martin Vantage GT3 .

Reuniting with team boss Howard for the first time since they claimed the 2015 title together, Aston Martin factory driver Adam claimed pole and second place at the Brands Hatch season opener, took sixth in the three-hour Silverstone 500 and fended off stout pressure from Marcus Clutton to claim third at Donington Park.

Coming into the championship's away round at Spa, Adam and Howard were equal points leaders with RAM Mercedes pairing Ian Loggie and Yelmer Buurman.

But 36-year-old Adam has been required to self-isolate and been replaced by Gunn, likely ending his hopes of a record-extending fifth title unless Howard also fails to score this weekend.

A statement from British GT said: "Jonny Adam has withdrawn from Spa this weekend and is observing COVID-19 protocols. 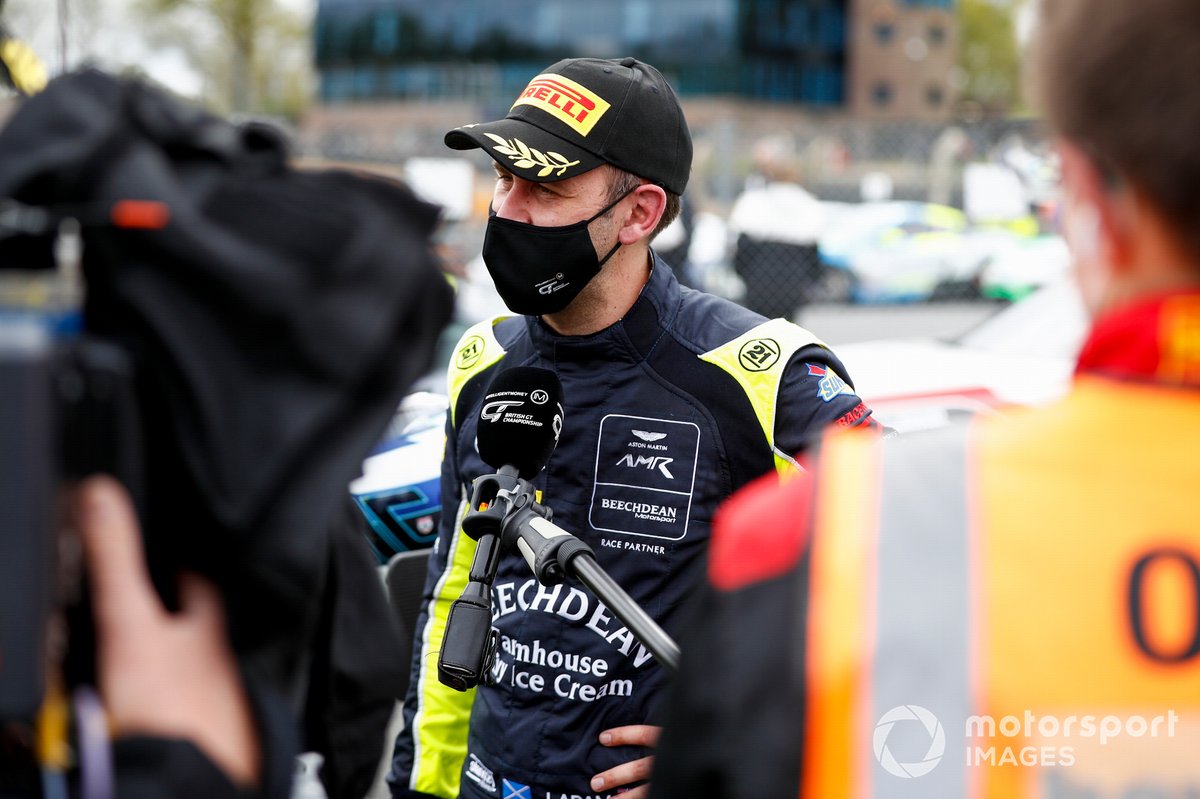 Gunn has extensive experience with Beechdean, having won the GT4 title in 2015 alongside Jamie Chadwick before stepping up to the GT3 class with the team in 2016.

The 24-year-old also contested the full European Le Mans Series championship and the Le Mans 24 Hours alongside Howard in 2017.

His last British GT appearance was a one-off with Beechdean at Donington in 2019, filling in for Aston works driver Marco Sorensen, who was recovering from a concussion sustained at Le Mans.

This season, Gunn has combined a dual schedule in the ELMS with TF Sport and the IMSA SportsCar Championship with Heart of Racing. Together with Roman de Angelis, he currently leads the IMSA GTD standings after recording wins at Belle Isle and in the most recent round at Lime Rock.

Just nine of the British GT3 regulars have made the trip to Belgium, with Kelvin Fletcher and Martin Plowman's Paddock Motorsport's Bentley and the Enduro Motorsport McLaren of Clutton and Morgan Tillbrook electing not to travel.

Their number is boosted by the one-off Leipert Motorsport Lamborghini of Toyota Racing Series veteran Brendon Leitch and Fidel Leib.