Tomczyk, whose retirement from the DTM at the end of this season was announced on Friday morning, and Blomqvist will race the #98 Rowe BMW M6 GT3 alongside car regular Stef Dusseldorp in the final round of the BGTS Endurance Cup on September 18.

They fill the seats at the Nurburgring alongside Dusseldorp that have been taken by a roster of BMW factory drivers this season.

A BMW spokesman told Autosport: "Martin will be doing more GT racing with BMW in the future and we wanted to give him some more experience."

The spokesman said that it was likely that Tomczyk would have a major GT programme in Europe next season and was also likely to be seen in the endurance rounds of the IMSA SportsCar Championship with the Rahal BMW squad.

Tomczyk's only previous BGTS outing came at this year's Spa 24 Hours with the BMW Team Italia pro-am class entry, but he has been a regular with BMW at the Nurburgring 24 Hours since 2013.

BMW also has the desire to give Blomqvist, who raced at the Nurburgring earlier this year, more experience at the wheel of a GT car, the spokesman explained.

Nick Catsburg, who has raced the #98 car on two occasions this season, moves over to drive the lead #99 car with Spa 24 Hours winners Alexander Sims and Philipp Eng. 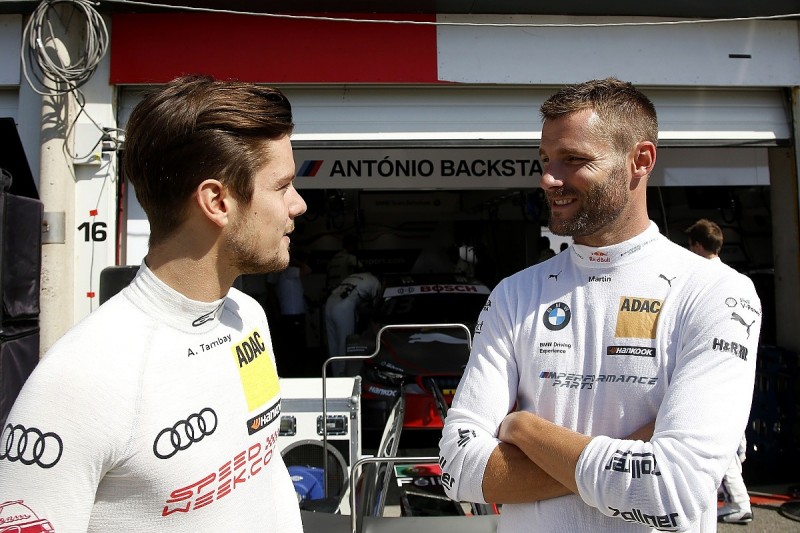 Audi DTM driver Adrien Tambay will return to the BGTS with the WRT team at the Nurburgring.

The Frenchman, who did a one-off with the Sainteloc squad last season, will drive alongside Sergio Jimenez and Rodrigo Baptista in WRT's #4 Audi R8 LMS in place of Filipe Albuquerque, who is racing in the clashing World Endurance Championship round in Austin.

WRT boss Vincent Vosse told Autosport: "We know Adrien because he raced with us in the Andros Trophy [ice-racing series] last winter and we also know he will do a good job."

They take the seats usually filled by Rene Rast and Antonio Garcia, who are respectively racing in the WEC and IMSA in Austin on the same weekend.

Duncan Tappy will substitute for Shane van Gisbergen, who will be racing in the Australian Supercars series event at Sandown, in the lead Garage 59 McLaren 650S GT3 alongside BGTS championship leaders Matt Bell and Come Ledogar.

The German Zakspeed team returns to the BGTS with the Mercedes-AMG GT3 with which it competed in the series opener at Monza ahead of a planned full-time assault on the Endurance Cup in 2017.

Bell has a seven-point lead in the overall BGTS points table over HTP Mercedes duo Maximilian Buhk and Dominik Baumann.

The overall championship, which incorporates the BGTS Sprint Cup, climaxes in Barcelona on October 2.