The opening round of the Intercontinental GT Challenge is generally held on the first weekend of February, Mount Panorama hosting GT teams and drivers from around the world.

However, with Australia's border shut for the foreseeable future due to the pandemic, event owner Supercars has decided to call off next year's event, with an eye on it returning as a full-fledged international GT race in 2022.

"This is a tough decision but ultimately one we had to make," said Supercars CEO Sean Seamer.

"Since Supercars began managing the event it has grown to become one of the largest endurance events globally, showcasing our spiritual home of racing to an international audience.

"With Australia's international borders expected to remain closed, we feel it is in the best interest of competitors, fans, sponsors and broadcasters to make the decision now on next year's event.

"We are absolutely committed to having the event return to Australia's motorsport calendar in 2022."

SRO Motorsports Group founder Stephane Ratel conceded that there was no option but to cancel the race, and confirmed that the 2021 IGTC will instead start with the Spa 24.

"The Liqui-Moly Bathurst 12 Hour is one of the world's great endurance races and an undoubted highlight of SRO Motorsports Group's global calendar," he said. 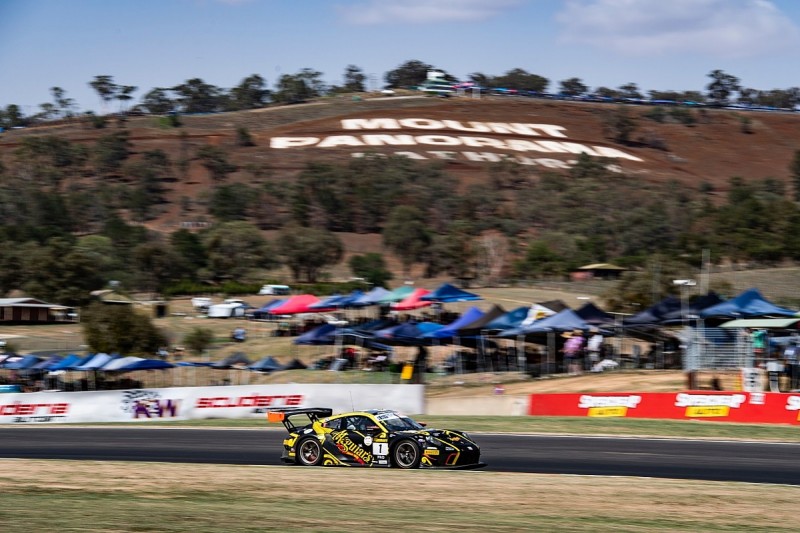 "But we also understand and respect Australia's international travel restrictions, which make it impossible to stage Intercontinental GT Challenge Powered by Pirelli's opening round there in February.

"Instead, 2021's championship will now begin later in the year at the Total 24 Hours of Spa. Mount Panorama remains Intercontinental's spiritual season opener, and I know I speak for everyone at SRO as well as our manufacturers when I say we cannot wait to return in 2022."

It is expected the Mount Panorama tourist road closure usually reserved for the Bathurst 12 Hour will instead be used to hold a single-driver sprint round to open the 2021 Supercars season.

That was all but confirmed by Seamer yesterday during his post-season address to teams following the Bathurst 1000.

A late February date is likely, with rumours suggesting a pair of 250-kilometre races.

Adding further weight to the Bathurst opener theory is an announcement this morning of a tweaked deal with the New South Wales state government, which confirms the state will host the first Supercars round next season.

It does not, however, confirm that it will be at Bathurst, that announcement set to wait until the calendar is unveiled next month.

The announcement does lock in the Sydney SuperNight until 2025, while there is no mention of hosting the final Supercars round - which was an important part of the existing deal for the Newcastle 500, that was meant to run until the end of 2021.

Newcastle is set to lose its spot on the Supercars schedule altogether, the Adelaide 500 taking over as the season finale next season.