Plans for the Spa 24 Hours GT World Challenge Europe blue riband to run to 25 hours have been scrapped, while the event will now be held behind closed doors.

It was announced in June that the race would be extended in duration by an hour.

Series boss Stephane Ratel said that he wanted to the event to be a "race to remember that we talk about in years to come".

The shift to 25 hours reflected the fact that the clocks changed on the Sunday morning of the race: the addition of one hour meant the race would start at 3:30pm on the Saturday and finish at 3:30pm on Sunday.

Race manager Laurent Gaudin explained that the move to the one-off format was part of a plan "to give fresh impetus to the October edition".

"We were optimistic and we thought, a little naively, that the disease would be behind us by this time of the year," he said.

"With this not being the case and with no fans able to join us, we have elected to revert to the original format."

The race will start at 3:30pm on the Saturday and finish at 2:30pm on Sunday. 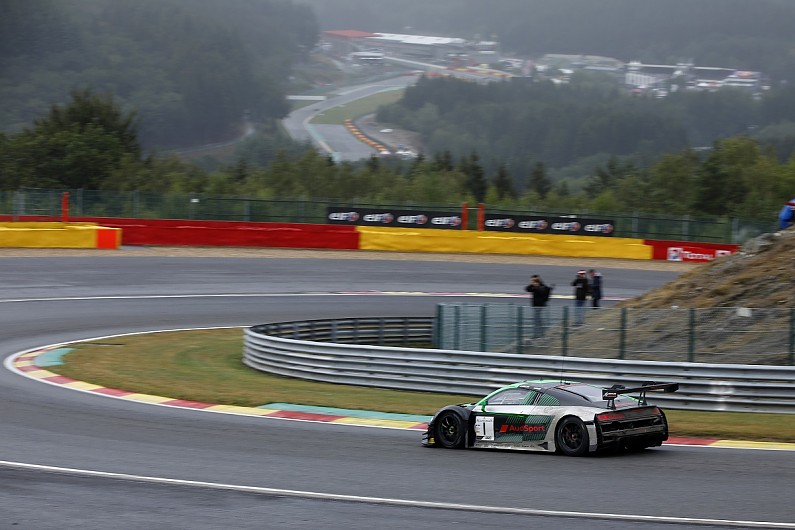 The decision to scrap running the double-points GTWCE Endurance Cup round on 24/25 October to 25 hours also came at the same time organisers abandoned plans to host fans.

Gaudin revealed the Stephane Ratel Organisation "believed to the end" it would be possible to welcome a limited crowd to the race, which was postponed from its traditional dates on the late weekend of July as a result of the COVID-19 pandemic.

"We tried everything to manoeuvre this huge event through the various protocols and very strict health constraints," he explained.

"After multiple proposals, with the requirements increasing and the volume of public authorised falling, we had to face facts and the whole team made the sad decision to lay down arms.

"We are truly sorry for all our fans and I have no doubt that we will face criticism, but SRO is not above the law."

The final entry list for the race has yet to be revealed but 50 cars took part in last week's official pre-event test days at Spa last week.