The Paul Ricard GT World Challenge Europe event set for May is the latest round of the series be put back or cancelled as a result of the coronavirus crisis.

The six-hour GTWCE Endurance Cup round promoted as the Paul Ricard 1000Km scheduled for May 30 has been postponed until November 15 following an announcement from the French government on Monday that the ban on public gatherings has been extended until mid-July.

This is also expected to put the French GP at Paul Ricard, slated for June 28, at risk.

The GTWCE event will retain its existing into-the-night format on the new date and be supported as planned by the Formula Renault Eurocup and the GT4 European Series.

The delay of the Ricard round, the traditional prelude to the Spa 24 Hours, is the latest calendar change for the series formerly known as the Blancpain GT Series. 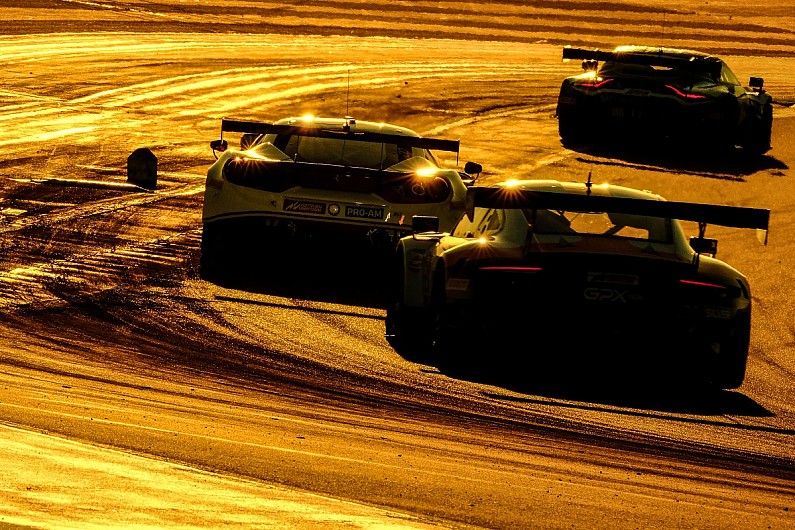 The Monza GTWCE Endurance Cup series opener set for April 10 was an early casualty of the coronavirus pandemic.

It was replaced early last month by a race at the Barcelona circuit on October 11, a date originally scheduled for the GTWCE Sprint Cup finale.

Barcelona's reinstatement as the deciding round of the Endurance Cup comes after it held the championship finale in each of the last three seasons.

The championship decider for the sprint segment of the series is now due to take place at Imola on October 30/November 1.

The two British rounds of GTWC at Brands Hatch and Silverstone in May were cancelled when Motorsport UK last month suspended all organising permits until the end of June.

The start for the 2020 GTWCE campaign is currently set for Zandvoort on June 27/28. Series boss Stephane Ratel explained back in March that he already had a contingency plan in place to ensure that both endurance and sprint legs of the GTWCE were maintained at five rounds.

He said that this plan involved the series starting with the Zandvoort Sprint Cup round on June 27/28.

The Dutch race is followed on the calendar by the Misano sprint event on July 4/5 and then the blue riband Spa 24 Hours enduro on July 25/26.