The Le Mans 24 Hours-winning Team Goh squad will make a return to motorsport this season with McLaren after a 10-year absence.

Longtime Japanese sportscar entrant Kazumichi Goh, who won Le Mans with Audi in 2004, pictured below, is reviving his team for a domestic campaign in '19 with the new McLaren 720S GT3 car.

It will be the first racing programme for Goh since he entered a Porsche RS Spyder LMP2 car at the 2009 Le Mans 24 Hours and renews the team's relationship with McLaren, which yielded the 1996 Japanese GT Championship title with the F1 GTR.

Team Goh Motorsports will field a solo 720S in each of the Super GT Series and the Super Taikyu Series under the McLaren Customer Racing Japan banner.

It will also enter both cars in the Japanese round of the Intercontinental GT Challenge, the Suzuka 10 Hours, in August.

Goh told Autosport: "I've been away from racing for too long; it's like an addiction so I had to come back.

"I've been looking for the right time to return, and with GT3 offering a very stable platform and McLaren Automotive doing their own car in-house, it made sense to do it now."

McLaren Automotive motorsport boss Dan Walmsley said that he was "extremely proud" that Goh would be running 720S GT3s in the two Japanese series this season.

He added that he believes that the team "has what it takes to challenge for race wins and push for the titles in both championships". 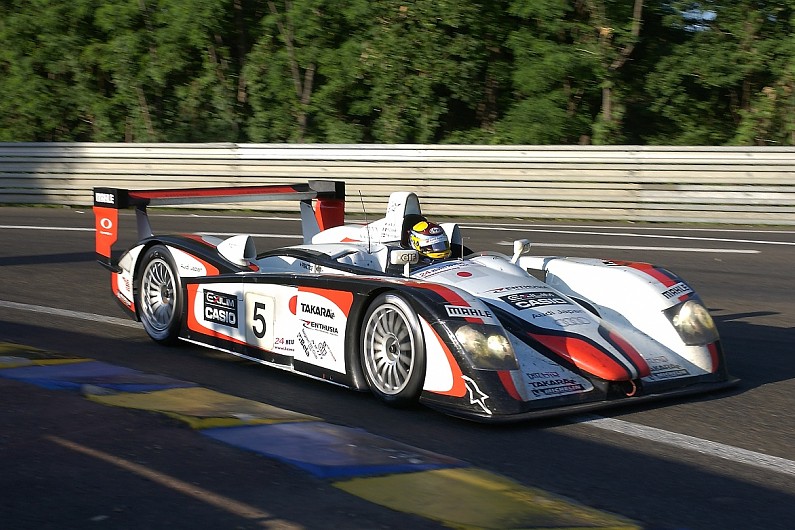 Goh stressed that he was back in motorsport for the long haul and revealed that his intention is to contest the full IGTC in 2020.

The team's plan at the moment is to run two cars at each of the Laguna Seca, Spa and Suzuka rounds next year, and one car at Bathurst and Kyalami.

Longtime Goh driver Seiji Ara, who won Le Mans in 2004 in an Audi R8 LMP1 car shared with Tom Kristensen and Rinaldo Capello, will drive the GT300 class entry in Super GT together with Alex Palou, who is also racing in Super Formula in 2019.

Palou will also drive the Super Taikyu car along with Sena Sakaguchi, another F3 graduate, and racing journalist Takayuki Kinoshita.

Goh has yet to announce its drivers for the Suzuka 10 Hours, but he said that he expected to have some stars of the IMSA SportsCar Championship in one of his cars.

The two Goh 720S GT3s will run in the same pink-and-graphite livery in which the team's pair of short-tail F1 GTRs competed in Japan in 1996 and in which it fielded a solo long-tail McLaren at Le Mans in conjunction with the British Parabolica team.

A new operation to run the McLarens is being set up alongside the Servus organisation, which was established by ex-Team Goh staff in the wake of the 2004 Le Mans and in which their former employer has a shareholding.

Servus has acted as a behind-the-scenes contractor for other teams in Super GT and Super Formula, including Team Mugen.