Schnitzer will return to Macau for next month's FIA GT World Cup eight years after its record 13th victory in the Guia touring car race on the Chinese street track.

The German team will field a solo factory BMW M6 GT3 in the World Cup on November 18-19 for DTM driver Augusto Farfus, who recorded the last of Schnitzer's Macau wins on its final appearance in the Guia race in the 2009 World Touring Car Championship (pictured below).

Schnitzer, which will campaign a GT car at Macau for the first time this year, notched up its maiden Guia touring car victory in 1980 with Hans Stuck driving a Group 5 BMW 320.

It achieved four victories with the E30-shape M3s in the late 1980s and early 1990s, before taking three victories in the Super Touring era.

It later won three Guia races when the event was part of the WTCC in the 2000s. 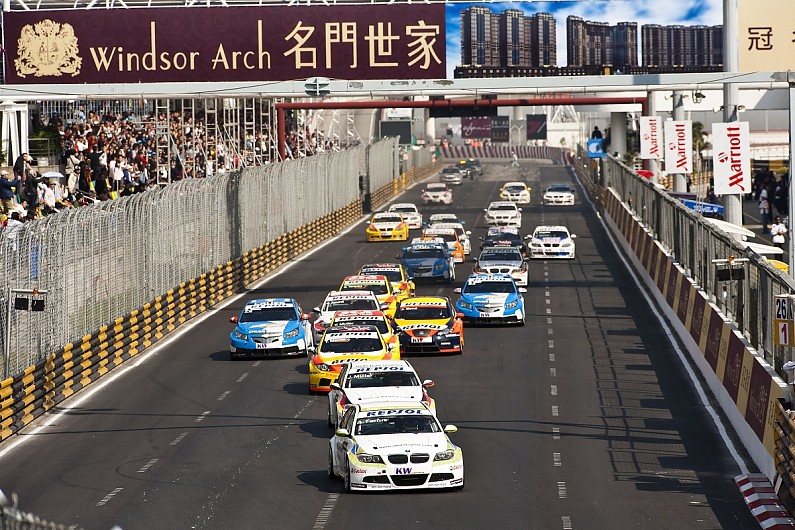 The BMW Team Schnitzer entry to be driven by Farfus, who also scored a Macau victory with Alfa Romeo in 2005, will be the latest in a line of art cars raced by the German manufacturer.

Three more factory entries for the World Cup have been made by BMW.

DTM drivers Marco Wittmann and Tom Blomqvist will respectively race M6 GT3s for the Taiwanese AAI team and Rowe Motorsport, winner of the Spa 24 Hours for the marque in 2016.

BMW has joined Audi, Honda and the Scuderia Corsa Ferrari team in announcing their Macau line-ups ahead of the official launch of the entry list on Tuesday.

Approximately 20 cars from six or seven manufacturers are expected to take part in the third running of the Macau GT race since it gained FIA world status for 2015.

Mercedes confirmed its participation in the World Cup with four factory entries spread across two teams on Monday afternoon.

Two HWA-run entries fielded under the Mercedes-AMG Team Driving Academy will be bolstered this year by a further two works car from GruppeM Racing, which was re-formed for a 2017 Blancpain GT Series Asia campaign.

Edoardo Mortara, who will be be bidding for a fourth victory in the Macau GT fixture, and 2011 Macau Formula Grand Prix winner Daniel Juncadella will race the HWA-run cars.

Maro Engel, who has two wins in the GT fixture, and Rafaelle Marciello will drive the GruppeM cars.