The Race of Champions has announced its first competition vehicles for ROC Sweden, taking the covers off the all-electric RX2e rallycross car and an updated Supercar Lites car powered by fossil-free fuel.

Developed by QEV Technologies and Olsbergs MSE, the RX2e car will be part of the new-for-2021 FIA RX2e Championship, which will join six FIA World Rallycross Championship rounds.

The cars will also be part of ROC's first-ever edition on snow and ice, which is set to take place in early 2022 in Pite Havsbad, Sweden.

Powered by two electric motors, which generate 335bhp and up to 510 Nm torque connected to a 30kWh battery, the RX2e car accelerates from 0-100km/h in less than 3.3 seconds.

That allows the car to bridge the performance gap between the current Supercars and Supercar Lites.

"From what we have seen during the first tests, this brand-new electric rallycross car has very impressive overall performance," said ROC President Fredrik Johnsson.

"I'm confident that the many star drivers will love pushing the RX2e to its limits as they compete head-to-head to prove that they are the fastest at the first Race of Champions on Snow & Ice."

After testing the RX2e on ROC Sweden's layout, drawn on the ice of the frozen Baltic Sea, Olsbergs MSE driver Kevin Eriksson praised the driveability of the new car.

"In a Supercar, although you have a lot of power, you can find yourself in the wrong gear sometimes or the revs might be too low which causes a slight delay," Eriksson explained. "In this car, the torque and power are always right there." 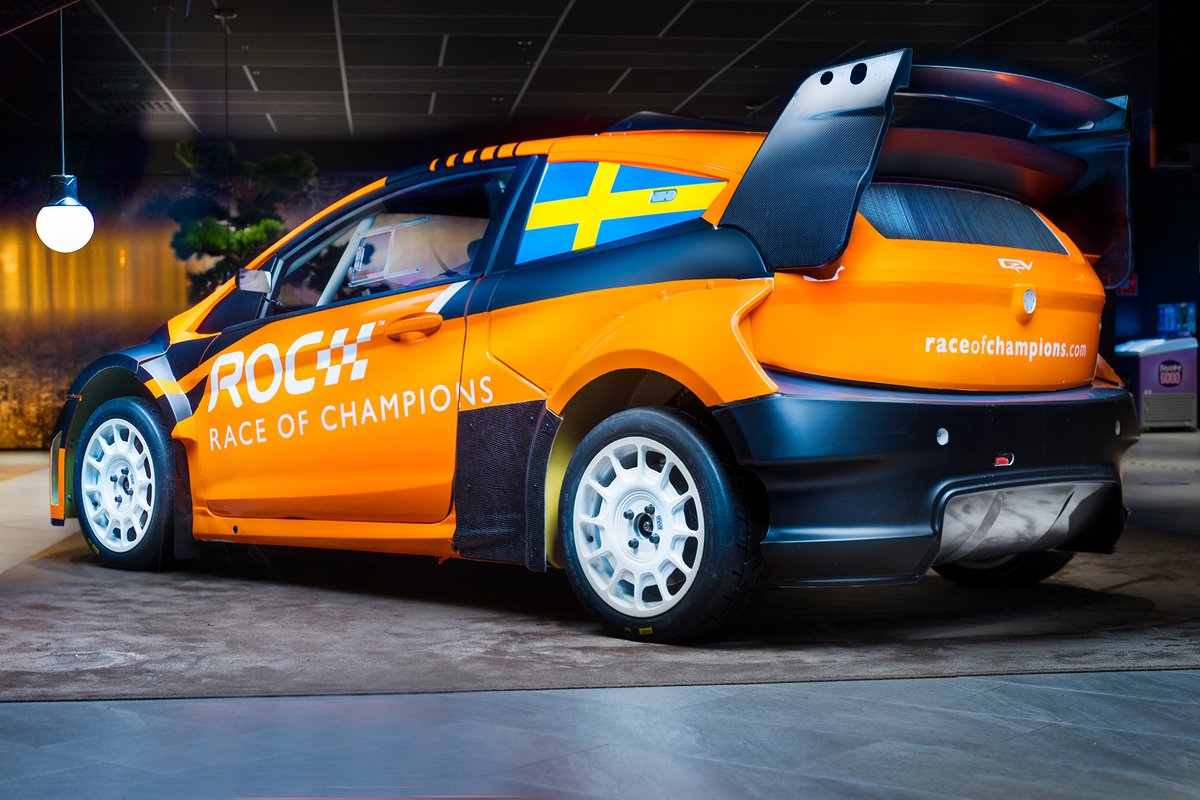 In addition to the RX2e, an updated version of the Supercar Lites car will now be powered by a 105 octane fossil-free fuel, developed by Olsbergs MSE and P1 Performance Fuels.

The updated powerplant takes the Supercar Lites from 0-100km/h in 3.85-4.10 seconds depending on grip levels.

The move to electric and sustainable energy forms an integral part of ROC's new format.

"We have changed the formula before and it was time to innovate the format once again." Johnsson added.

"As a key commitment for this next era, ROC's race equipment along with all event operations are striving for excellence in sustainability.

"The areas of focus include carbon reduction; waste management; and full community engagement with gender equality being paramount."

WRX and WRC champion Petter Solberg and rally prodigy Oliver Solberg will form a father-and-son duo for Team Norway, with many more stars from motorsports yet to be announced.

The organisers are planning for spectators to attend the event in early 2022 but have a contingency plan in place to comply with any potential COVID restrictions.