The 20-year-old Frenchman is tipped to make the move with full Red Bull support, and sources suggest he would drive for one of the Honda-engined teams, as new McLaren Formula 1 recruit Stoffel Vandoorne did this season.

"I think objectively Super Formula is probably the best option that we have at the moment, but it's still wide open so we are looking at everything," Gasly told Autosport.

"I still need to talk with Helmut Marko to see what is the best for me next year.

"But what is for sure is that we will keep pushing towards my goal, which is Formula 1, so I will keep trying and pushing all my energy towards this."

Gasly added that he is encouraged by Vandoorne's season in Japan after winning the 2015 GP2 title.

The Belgian was a race winner in Super Formula before being promoted to a full-time McLaren F1 race seat.

"I spoke quite a lot with him because he's a good friend and also he's an extremely talented driver I have huge respect for," said Gasly.

"And he told me that actually it's a really tough series with a lot of experienced drivers.

"The philosophy, the work with the teams, the comparison is a completely new challenge, but I'm up for it.

"I think it's really exciting to discover a new championship, and the fact that he's signed to race in Formula 1 next year means it's good preparation." 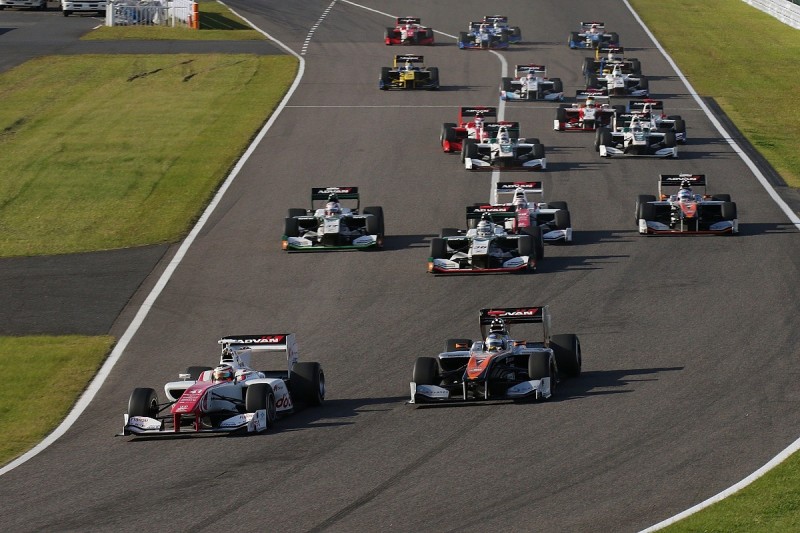 Gasly missed the recent Suzuka Super Formula test, this was held when he was in Abu Dhabi preparing for the GP2 finale.

He also said he is ready for an F1 opportunity in 2017, should Mercedes entice any of the contracted Red Bull and Toro Rosso drivers to replace retiring world champion Nico Rosberg.

"I will still be reserve driver for Red Bull and Toro Rosso, which is already really good for my experience," said Gasly.

"Of course I want more than that but sometimes you need to take time and be patient.

"For me the only thing I would like is to get my chance in F1, so whatever happens if it [the Mercedes situation] gives me the chance to be there of course I will take it.

"But objectively I don't want to think about any situation - anything is possible in F1, we saw that this season many times, but let's see what happens."