MotoGP legend Valentino Rossi has claimed his seventh victory in the Monza Rally Show, sweeping all nine stages of the event's 2018 edition

The result means that Rossi moves two wins clear of Le Mans 24 Hours victor Rinaldo Capello in the rankings of the most successful drivers in the history of the Monza Rally Show - which has also been won by the likes of Sebastien Loeb and Robert Kubica.

The dominant Italian, for who this year marked a fourth consecutive Monza triumph, shared the spoils with M-Sport Ford WRC regular Teemu Suninen on the eighth stage, but was otherwise unmatched throughout the three-day contest.

Rossi was in one of the four current-spec Ford Fiestas that ran in the WRC Plus category and locked out the top four against older-spec WRC machinery.

Suninen, partnered by WRC2 driver Takamoto Katsuta's regular co-driver Marko Salminen, had a big off at the chicane during one of the stages and ultimately ended the rally a minute and seven seconds behind Rossi. 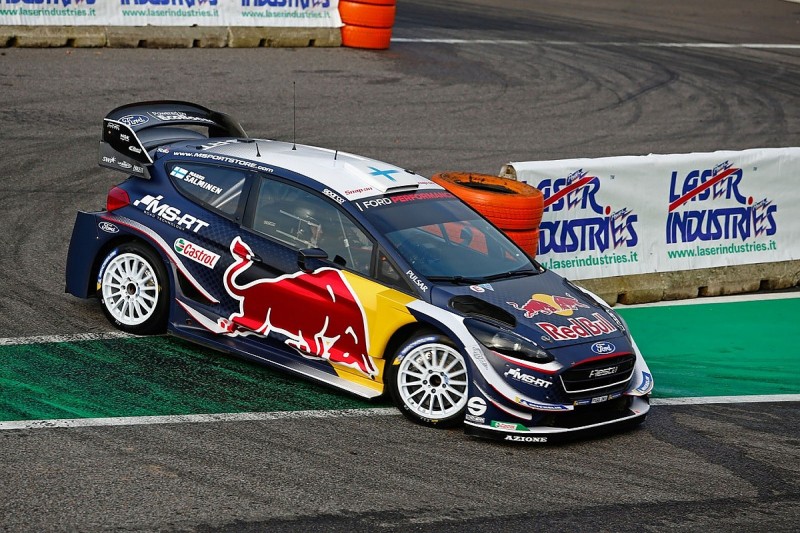 Former Audi LMP1 driver Marco Bonanomi, who had been runner-up to Rossi in 2017, piloted an older-spec Fiesta WRC and came up less than a second short of toppling Cairoli.

Davide Valsecchi, the 2012 GP2 champion, was among the competitors in R5. He wound up 24th in class and 37th overall of 85 finishers.

Rossi also beat Suninen in the WRC Plus class final of the subsequent head-to-head Masters competition - only to lose out in the four-lap super final to the older-spec Hyundai of Cairoli.

Cairoli trailed Rossi after the opening lap, but the motocross ace slashed the gap to 0.28s at halfway point before pulling away to win by half a second.