This week’s Autosport magazine, out today (25 August), tells the story of the Porsche 956 and 962 on a number of fronts.

When motorsport’s governing body devised new Group C regulations for endurance sports-prototype racing in the early 1980s, that branch of the sport was at pretty much its lowest ebb. So too was Porsche. But the fresh rules, and a change of management in Stuttgart, completely transformed the fortunes of sportscars and Porsche itself. The 956 made its debut 40 years ago, morphed mid-decade into the 962, and the rest is history.

Michael Cotton is one of the foremost sportscar writers and was at the coalface throughout the 1980s, and he details the inception and development of the concept. Autosport’s current endurance guru Gary Watkins describes the restoration of a very special 962 that holds particularly fond memories for Hans Stuck, and talks to current Porsche GB scholar Adam Smalley of his experiences behind the wheel of a Group C deity.

We also hear from Stuck himself about his all-time favourite car (wonder what that was…) and Smalley’s predecessor Harry King about how his exploits in the Formula 1-supporting Porsche Supercup are progressing. And, for a bit of serendipity, Matt Kew leads this week’s regular news coverage with his take on the finalisation of F1’s 2026 rules package, which opens the door for Porsche – and sister marque Audi – to enter. 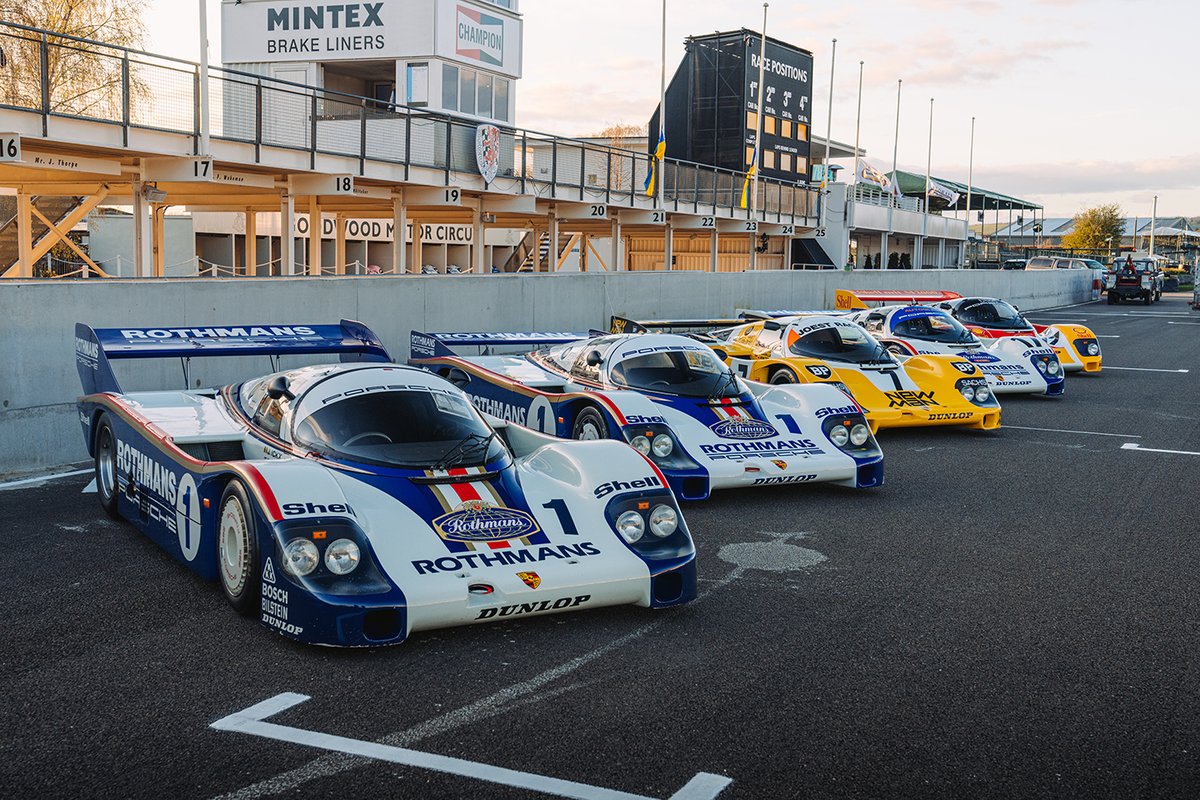 Porsche 956 and 962 performance demonstration at Goodwood

As usual we bring you all the latest action from around the world. Tom Howard was in Belgium to watch Hyundai’s Ott Tanak continue his late charge to close the gap to Kalle Rovanpera in the World Rally Championship at Rally Ypres, David Malsher-Lopez brings you IndyCar action from the St Louis oval, and Marcus Pye is your guide to this weekend’s Silverstone Classic.

There has been plenty of action too on the national scene. A tremendous 750 Motor Club event provided a glut of entertainment at Silverstone, some very special Vauxhalls appeared at Brands Hatch, while Mallory Park’s Vintage Sports-Car Club date produced two wins for a car that’s over 90 years old…

For the best motorsport coverage, from F1 to Britain’s club-racing scene, why not get Autosport magazine delivered to your door each week? Subscribe today and never miss your weekly fix of motorsport: www.autosportmedia.com/offer/article