Luca Corberi has appealed the FIA’s decision to ban him from racing for 15 years following his controversial behaviour in a world karting championship event, with a hearing set for later this month.

Corberi was condemned by the motorsport community after a video of the 2020 world karting finals at Lonato went viral on social media, where the 23-year-old was seen throwing a bumper at fellow karter Paolo Ippolito after being involved in a collision with him on the previous lap.

In another video that emerged later, Corberi appeared to be attacking Ippolito in the parc ferme, with the incident turning into a full brawl.

Both the Italian authorities and the FIA launched an investigation into the matter, with the governing body announcing a 15-year-ban on Corberi from competing in professional motorsport at the end of April following a meeting of the international tribunal.

The tribunal said it considered a lifetime ban but deemed he should be given the chance to make a return to motorsport upon serving an initial suspension.

Now, the FIA has said that the international tribunal will sit together again on 22 June following an appeal from Corberi.

Corberi’s defence had previously argued that as the Italian authorities had already taken action against him for the two incidents, the FIA was precluded from issuing further sanctions on the same grounds.

They also argued that Corberi’s actions were “in a state of anger, determined by the unjust fact of others” after a collision with Ippolito caused him to retire from the race.

An example of skiing was also given as reference, where an athlete was banned for only a single event after being found assaulting another competitor.

During the previous hearing, the FIA tribunal had rejected Corberi’s defence, saying that the FIA has independent jurisdiction on the case and the Italian authorities were yet to take action on his behaviour. 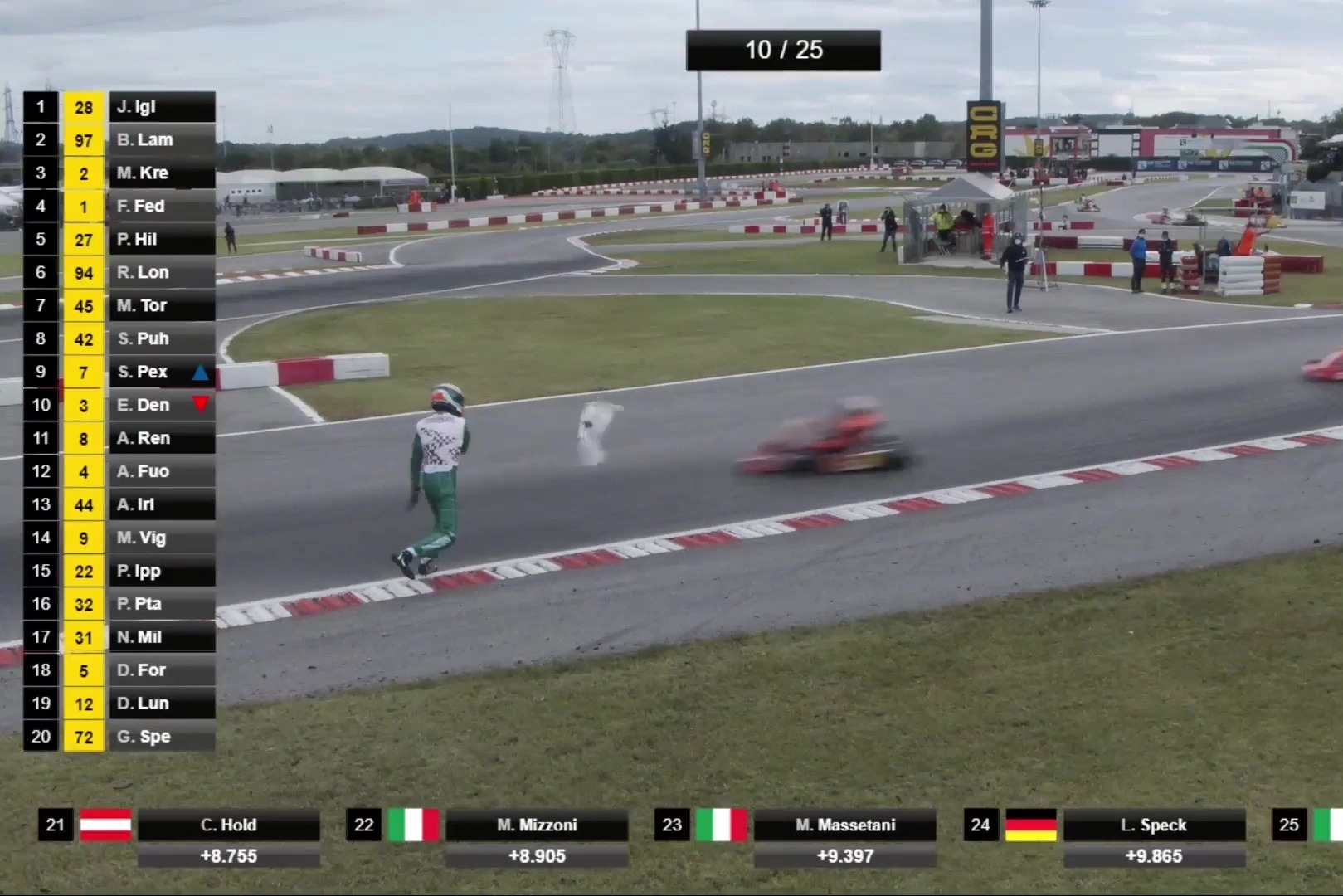 Luca Corberi throws his bumper during FIA Karting in Lonato

"On 4 October 2020, at the South Garda Karting circuit in Lonato, in the framework of the 2020 FIA KZ Karting World Championship Final, Luca Corberi was involved in the following incidents:

"(i) he threw the front fairing of his kart to the track while other drivers were still competing;

"(ii)  he physically attacked another driver.

"On 1 February 2021, the President of the FIA decided to submit this case to the International Tribunal pursuant to Article 4.2 a) of the FIA Judicial and Disciplinary Rules.

"On 19 April 2021, the International Tribunal, after having heard the parties and examined their submissions, decided to:

"- Impose to Mr Luca Corberi a suspension (Article 12.3.1.n of the FIA International Sporting Code (1) and a ban (Articles 5.2.2.b (2) and 5.2.2.d (3) of the FIA Judicial and Disciplinary Rules) for a period of 15 years starting on the date of coming into force of the decision of the International Tribunal.

"On 23 April 2021, Mr Luca Corberi decided to appeal the decision of the FIA International Tribunal.