Alejandro Agag and Rodi Basso have officially unveiled the concept for the ‘RaceBird’ all-electric powerboat which will underpin the nascent E1 Series that launches in 2023.

Similar in principle to Extreme E, the E1 Series will use sport to headline a strategy to raise awareness of high levels of sea pollution chiefly created by plastic disposal and oil waste.

It is also part of what Agag said was a “long-term” process to increase the adoption of electric technology in the marine sector and the E1 Series will instal charging points at each of the city-based locations it races in for an inaugural season in 2023.

The digital rendering of the RaceBird powerboat made its debut and features a single centre-mounted propellor.

Designed by SeaBird Technologies and built in Pisa by Victory Marine, the RaceBird is set to weigh 800kg and will be capable of a maximum speed of 50 knots - equivalent to 57mph.

Built chiefly from carbonfire, the Racebird is 7m in length and 3m wide and notably features hydrofoil wings that will allow it to rise 50cm above the water to increase efficiency.

With a canopy positioned towards the rear of the vessel, it looks not unlike an Eta-2 Jedi Starfighter as featured in the Star Wars franchise. 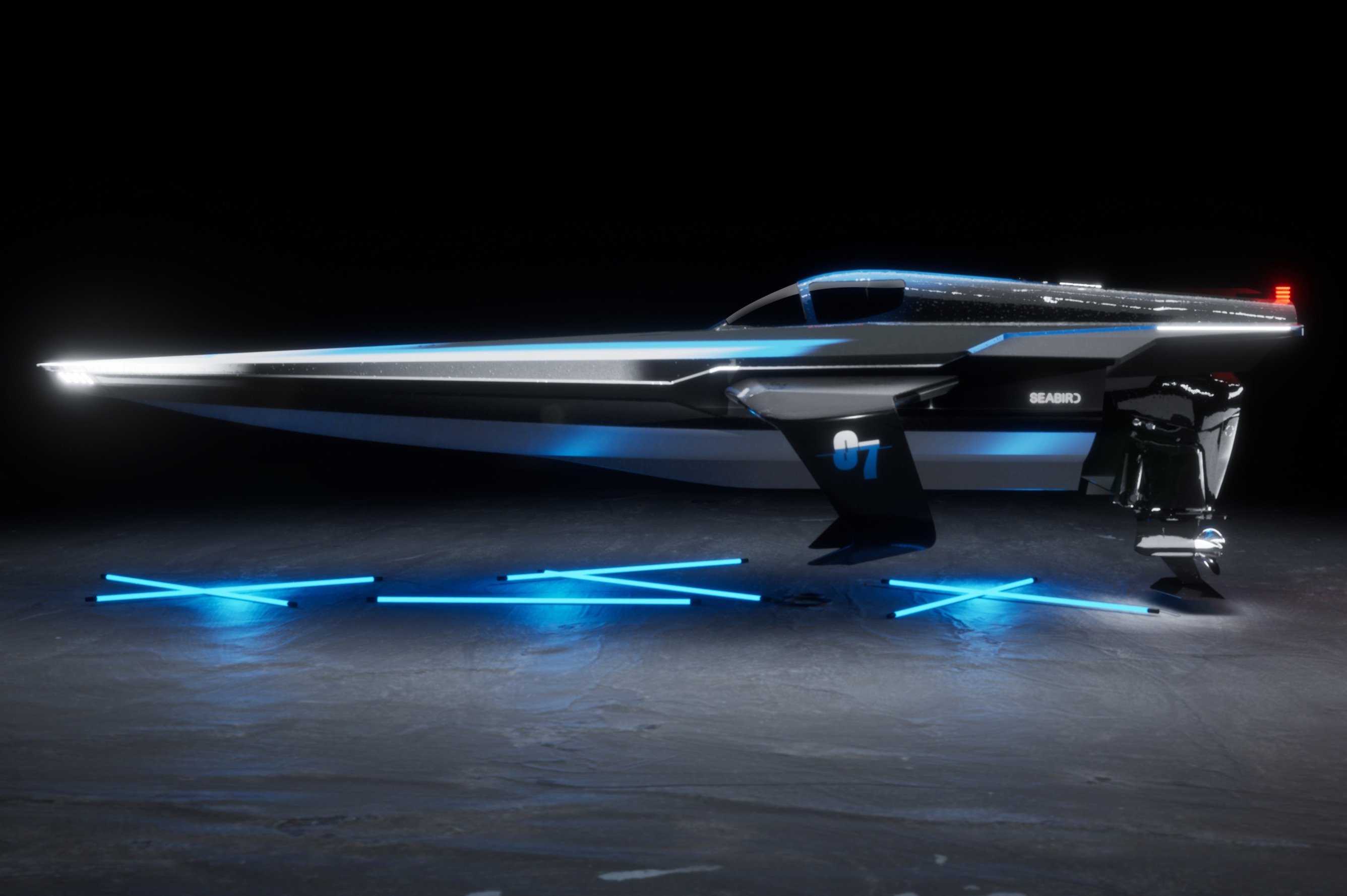 Prototype testing is set to commence in the winter.

A year on from the championship being announced at the Monaco Yacht Club, further details have come to light over the anticipated entry and calendar for the debut season.

Up to 12 teams will compete in a time trial knockout format, while competitors are expected from the powerboat, sailing and motorsport spheres.

Agag reckoned a maiden season would feature 10 events, with five based in waterfronts at major cities while the remaining rounds will take place in remote waters and will use the RMS St. Helena ‘floating paddock’ that freights the majority of the Extreme E cargo to each venue.

The E1 Series will race under the governance of the Union Internationale Motonautique, the Monaco-based powerboating authority.

F1 in Schools World Final to be shown live on Motorsport.tv