Juan Pablo Montoya emerged victorious on his Race of Champions debut, defeating Tom Kristensen in the 2017 final at Marlins Park in Miami

Montoya, who lost his full-time Penske IndyCar seat at the end of 2016 and is only confirmed for the Indianapolis 500 so far this year, beat Kristensen in straight heats in the deciding stage of the individual competition.

It was a second consecutive final defeat for Kristensen, who had lost out to Sebastian Vettel in the last RoC in London.

This time the Le Mans 24 Hours legend was beaten by ex-Formula 1 driver Montoya in first Global Rallycross Supercar Lites and then in KTM X-Bows (pictured below).

Montoya reached the final via a controversial semi battle with Felipe Massa.

The Williams F1 driver had beaten Montoya in Radical SR3s when they first met in the group stages and crossed the line first again in their opening semi-final heat in RoC Buggies.

But a five-second penalty for Massa for clipping the barrier on the exit of the final corner handed the win to Montoya, who then topped their second heat.

Unaware of the penalty, they returned to the line expecting a decider before it was explained to a visibly annoyed Massa that he was out. 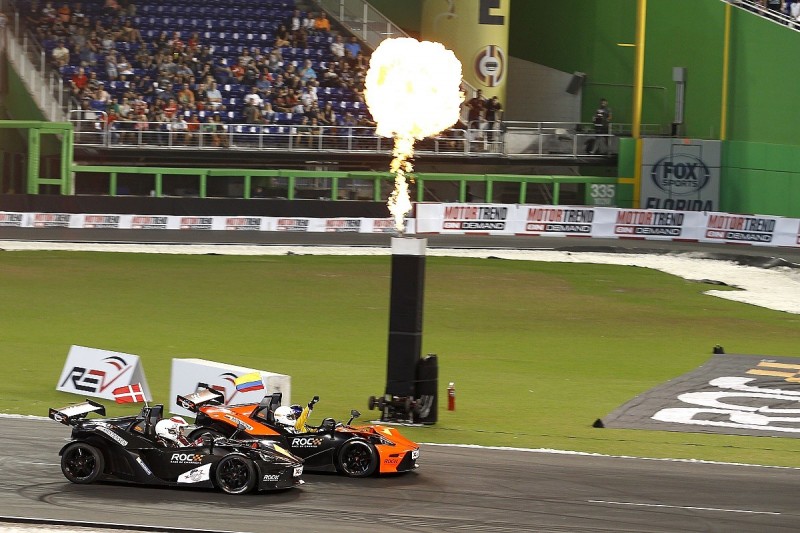 Kristensen's progress to the final was less contentious, as he denied 2014 RoC winner David Coulthard by 0.06 seconds in their deciding semi heat in Vuhls.

Vettel's defence of his RoC crown ended early as he failed to make it out of Group A.

Up against two Indianapolis 500 winners in his first contests, he was beaten by Helio Castroneves but then outpaced Alexander Rossi.

That left Vettel needing to defeat Travis Pastrana to progress, and the four-time F1 champion was denied in a drag race to the line.

The group stages also featured a scary crash for new Sauber F1 signing Pascal Wehrlein, who rolled his three-wheeled Polaris after colliding with Massa as they finished a heat. Both Wehrlein and his passenger were unhurt. 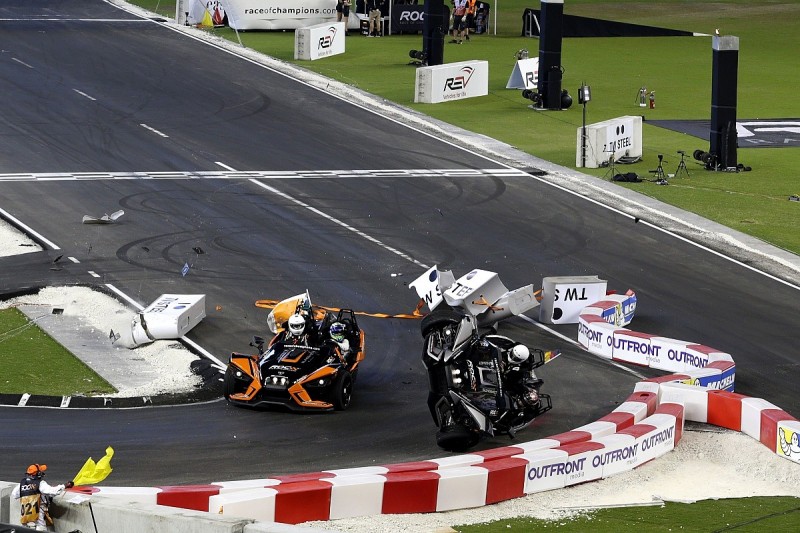 Jenson Button proceeded through his group unbeaten before losing out to Kristensen in a very tight quarter-final.

Castroneves and Pastrana also exited at that point, dismissed by Massa and Montoya respectively, while Coulthard's progress to the semis came at the expense of Kyle Busch.

In a change to recent years, the individual contest kicked off the RoC weekend. The Nations Cup - this year billed as 'America vs the world' - will conclude the event on Sunday.