In a winner-takes-all showdown, Pritchard, 29, moved ahead in the title race when the similar Ford Escort Mk2 of Nick Elliott and Dave Price slid off the road on the Gale Rigg stage of the Trackrod Historic Cup.

Running one minute behind Elliott, Pritchard saw his rival in a ditch and knew that the title was won.

Elliott only lost around 90 seconds, but it was enough to ensure that Pritchard and Clarke were champions for the third year running.

"We saw Nick off the road in Gale Rigg so it was a case of just rein it in and keep it in the middle of the road," said Pritchard (below, right).

"It's some achievement to win a hat-trick of BHRC titles and it'll be a while before that record is broken, I'm sure. 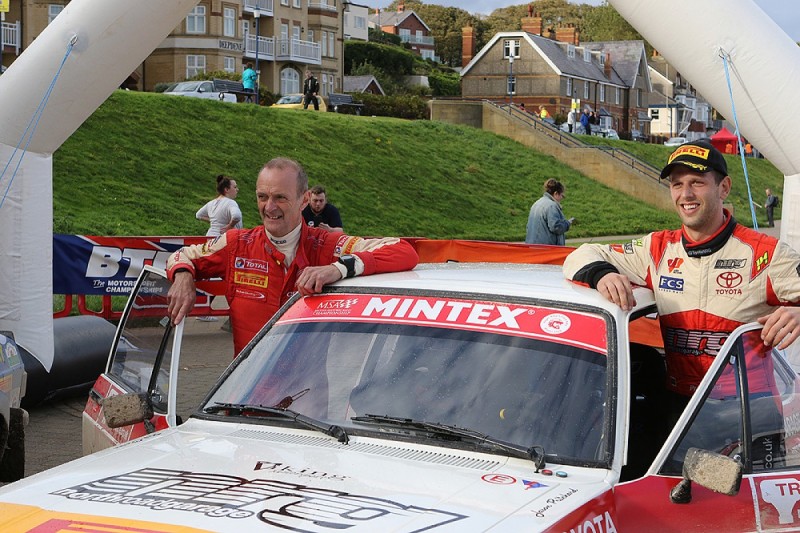 "When the rotor arm failed in Ireland on round five, I thought that was it for the championship.

"The car just cut out and I didn't think the title was possible.

"But we've won every round since and we couldn't do any more."

A stunning performance on the Isle of Man in September, when he won both parts of the double-header, set Pritchard up for the Yorkshire showdown.

Since the championship took its current form in 2000, the late David Stokes was a four-time champion but took his titles over eight years and only managed two in a row.

Steven Smith and Dessie Nutt are the other two-time champions to date.

Pritchard and Clarke will now switch focus to a serious bid to add victory on the Roger Albert Clark Rally (November 10-13) to their 2017 tally.