Jaguar Racing has launched a dedicated channel on Motorsport.tv, Motorsport Network's digital OTT platform devoted to racing and automotive content on the eve of the new FIA Formula E season 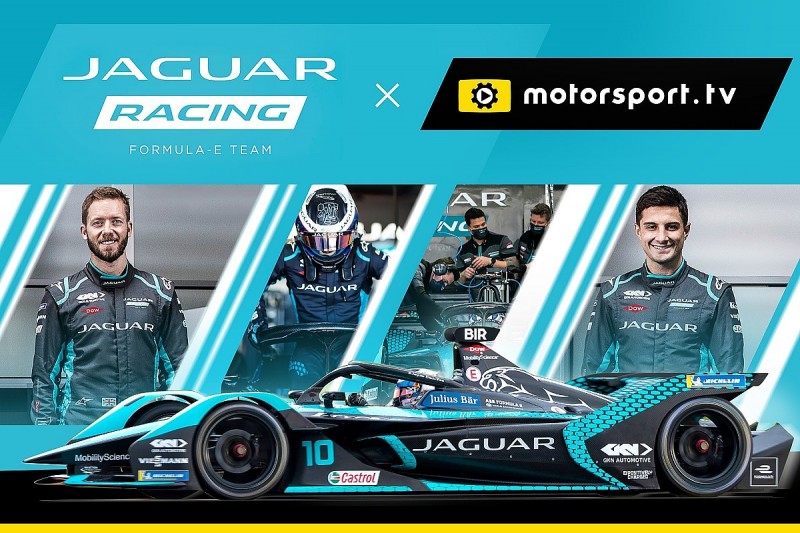 Primarily, the new channel will take Formula E and Jaguar fans inside the brand's electric racing team, giving them an exclusive look at the green-tech single-seater race series from a perspective they have not had access to before. Jaguar will also use the channel to showcase some of their automotive projects, specifically those focusing on electric vehicles.

With Formula E being designated an FIA World Championship for its seventh season, this is the perfect time for Jaguar to launch the channel, reaching out to Motorsport Network's 56-million strong monthly global audience of motorsport and automotive fans. Sustainable energy and green technology are two major talking points in both the automotive and motorsport industries at the moment, so the new channel will place Jaguar at the heart of the discussion in both these sectors.

Motorsport Network will support Jaguar through content creation and distribution to position them ahead of the competition and showcase the marque as an industry leader in the electric vehicles sector.

James Barclay, Team Director Jaguar Racing, said: "This is a positive step for Jaguar Racing to expand the reach of our content and showcase all the steps we are making as a business towards sustainable energy and green technology. It will also provide existing and future fans of Jaguar and Formula E an interesting new perspective on our racing team. I'm excited to see what our two great companies can produce together."

James Allen, Motorsport Network's President said: "We have seen through trends in our data that motorsport fans love personality driven content; to hear the stories of teams and drivers and feel like they're going on a journey with them. As Jaguar's narrative increasingly pivots to electric power, we can deliver more of this story-driven content in a documentary style that audiences are looking for and really open their eyes to the exciting world that is Jaguar Racing.