The 23-year-old, who won the Pro-Am title in the British Porsche series in 2020 with Team Parker Racing, was announced earlier this month as the mandatory bronze driver in the Italian team's 'Iron Dames' Ferrari 488 GTE Evo entered in this year's ELMS.

The Italian team has now terminated Hawkey's contract because it has emerged that she should have been classified as a silver, alleging in a statement that her management obtained her bronze grading by "providing incorrect information to the FIA through the mandatory application form".

Hawkey, who also raced in the W Series for female drivers in 2019, was due to share one of Iron Lynx's GTE class Ferraris with Rahel Frey and Michele Gatting.

The rules for the GTE class in the ELMS demand that each driver line-up must include one silver and one bronze driver, or two bronzes.

Frey and Gatting both have a silver grading, while Hawkey remained listed as a bronze on the FIA's website as of Thursday.

Iron Lynx team boss Andrea Piccini told Autosport: "Our information is that Esmee will be a silver and that it will be changed on the website soon.

"We have to rely on the official FIA list; we can't check the way all our drivers apply for their categorisation."

Mark Blundell, who manages Hawkey through his MB Partners organisation, said he was not in a position to offer a comment on the situation. 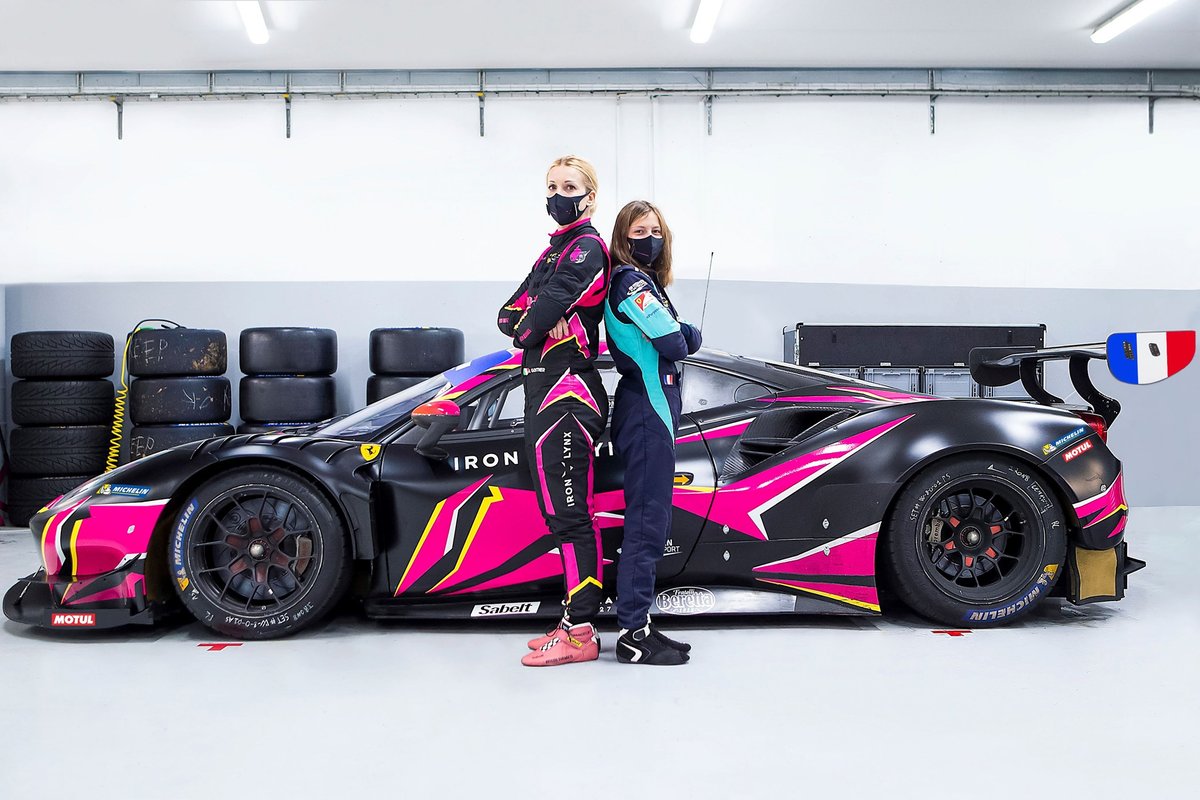 It is unclear how Hawkey could have been classified as a bronze, because she is under 30.

The FIA categorisation rules state that a driver under that age is automatically silver unless they are in their first year of racing or receive a higher platinum or gold ranking.

Hawkey landed the drive on the 'Iron Dames' programme, which kicked off in the ELMS in 2019, after a successful test at Paul Ricard last month.

Piccini said in the wake of the announcement of her recruitment by the team that "she did a good job: we were very happy with her performance and her approach".

She joined Iron Lynx as part of a reshuffle of the driver roster across the three-pronged 'Iron Dames' attack on the GTE Am class of the World Endurance Championship, GTE in the ELMS and the GT3 division in the Michelin-sponsored Le Mans Cup.

Katherine Legge moved up from the ELMS entry to join Frey and Manuela Gostner in the WEC car as the result of clashes between the European series and her programme in the GT Daytona class of the IMSA SportsCar Championship with the Team Hardpoint EBM Porsche squad.

Gatting was switched from the WEC entry to a revised ELMS line-up: Hawkey was brought in to replace Gostner, who was moved into the 'Iron Dames' entry fielded in the Le Mans Cup support series.

Piccini was unsure who will be joining Frey and Gatting in the 'Iron Dames' Ferrari at the opening round of the ELMS in Barcelona on 18 April.

"All I can say is that we are committed to the 'Iron Dames' programme in all three series and that we have to find a solution in the next few days," he said.