In a dramatic F1 race, Gasly rose from 10th on the grid and took advantage of a rare mistake by Lewis Hamilton and Mercedes to move into the lead at Monza. The 24-year-old Frenchman then held off the charging McLaren on Carlos Sainz Jr to win by 0.4 seconds.

It was Gasly's maiden F1 win, on his 55th start, and was also the first win for a team other than Mercedes, Red Bull and Ferrari since 2013.

"A huge thanks for this award and the people that supported me," said Gasly. "I think the fact no one really expected us to be there [at the front] makes it a more powerful moment.

"You obviously plan for the best, but objectively we don't go to every weekend expecting to win.

"In the 18 months before the win I went through a lot and it was not an easy ride, for many different reasons. Many people could relate to getting a race win after that because everyone has highs and lows in their lives.

"In France it was huge. Not having a winner for 24 years - I was quite shocked about the impact it had there." 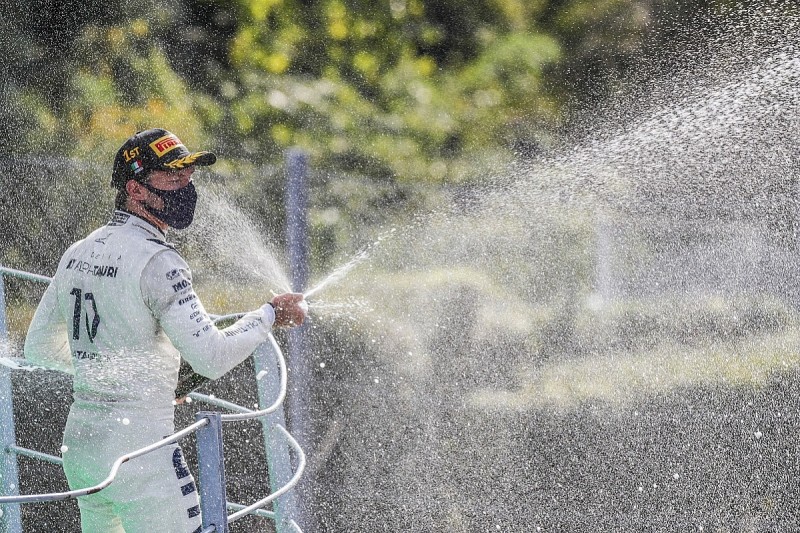 The Esports Driver of the Year Award presented by Motorsport Games has also been introduced for 2020.