The FIA has hinted at an announcement about the future of hydrogen in motorsport, as part of president Jean Todt's zero emissions future target on road and race tracks.

The international car racing governing body has laid out ambitious plans to make all levels of motorsport more environmentally friendly as the world moves to become carbon neutral.

Speaking during a visit to the Formula E race in Rome at the weekend, Todt said that both the electric world championship and petrol-powered Formula 1 had roles to play in helping deliver on that target.

Asked if electric racing was the only way to cut emissions properly, Todt said: "Not entirely, but all motorsport must become zero emission.

"If that's not with electrification, then it can be through fuels.

"We were pioneers with the hybrid power unit in Formula 1, and we have Formula E.

"But the same must also happen in rallies and in touring car championships. No categories will be able to escape this common destiny."

F1 is planning to increase its use of biofuels in the future, with it believing that advancing technology in this area could help have a dramatic impact on reducing pollution in the remaining petrol-powered road cars that will continue to be used around the world for many years to come.

But Todt has dropped a hint about a potential hydrogen development that is coming, with an announcement about research in this area expected imminently. 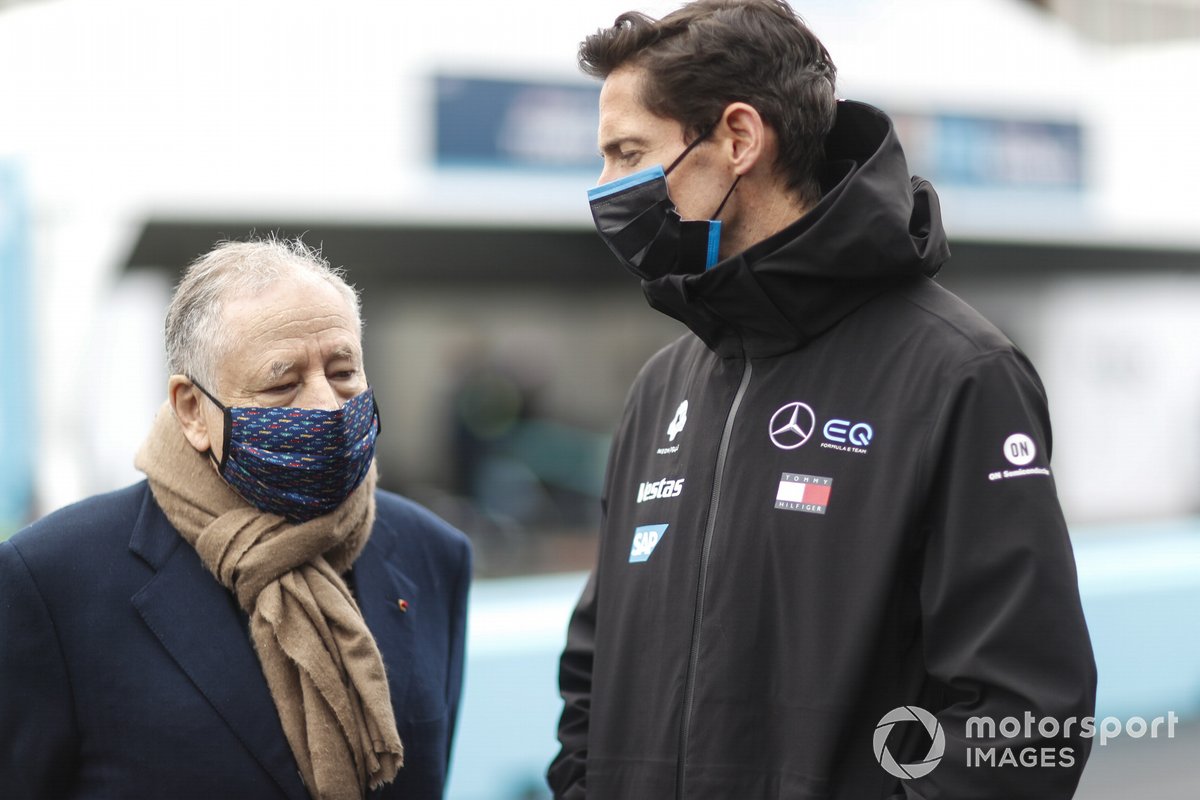 "It's a very interesting development of technology," said Todt about future hydrogen power.

"Many are working on it and the FIA will give its contribution. We are doing a lot of tests in our laboratories and will soon make an announcement concerning hydrogen."

Efforts are already underway for there to be a hydrogen class at Le Mans in 2024, with Red Bull working with French racing car constructor ORECA on the creation of what's known as the H24 concept.

While a hydrogen power unit in F1 would be premature for the next rules cycle from 2025, manufacturers are looking at it as an option longer term.

Last year, Mercedes CEO Ole Kallenius talked about the attraction of hydrogen engines - as long as clean production of the gas could be arranged.

"It's one of those technologies towards a CO2 neutral future that we're working on – and we've been working on it for 25 years," he said.

"We're going to go first, in terms of our deployment on the road, in the heavier trucks, and in some bus applications, but it won't work unless you eventually have green hydrogen to go with it."

Todt thinks FE has a bright future, and does not believe that the departure of Audi and BMW is a sign that the electric series is not delivering what's needed for car makers.

"It has always been like this - even in Formula 1 and endurance racing.

"What matters is not that someone goes away, but that there are many who want to enter.

"And so it is for Formula E: many want to enter. And in manufacturers, strategies change.

"It is normal and the future poses great challenges for mobility. We need to have zero emissions on the road and in racing."