The first was won by Felipe Baptista ahead of Daniel Serra, and Ricardo Mauricio triumphed over former Renault F1 driver Nelson Piquet Jr in the second.

However, the title fight was only settled after an early incident right after the start of race two.

Due to the the reversed grid rule, 2021 champion Gabriel Casagrande started seventh, ahead of Barrichello and three-time champion Serra following their podiums alongside Baptista in the first race.

But Barrichello started slower than Serra and the three got side by side in the first part of the Senna Esses. Barrichello then spun after a slight touch with Serra, while Casagrande got squeezed on the outside.

Casagrande then returned to the track dangerously and hit Serra, who was forced to retire, thus ending his title chances. 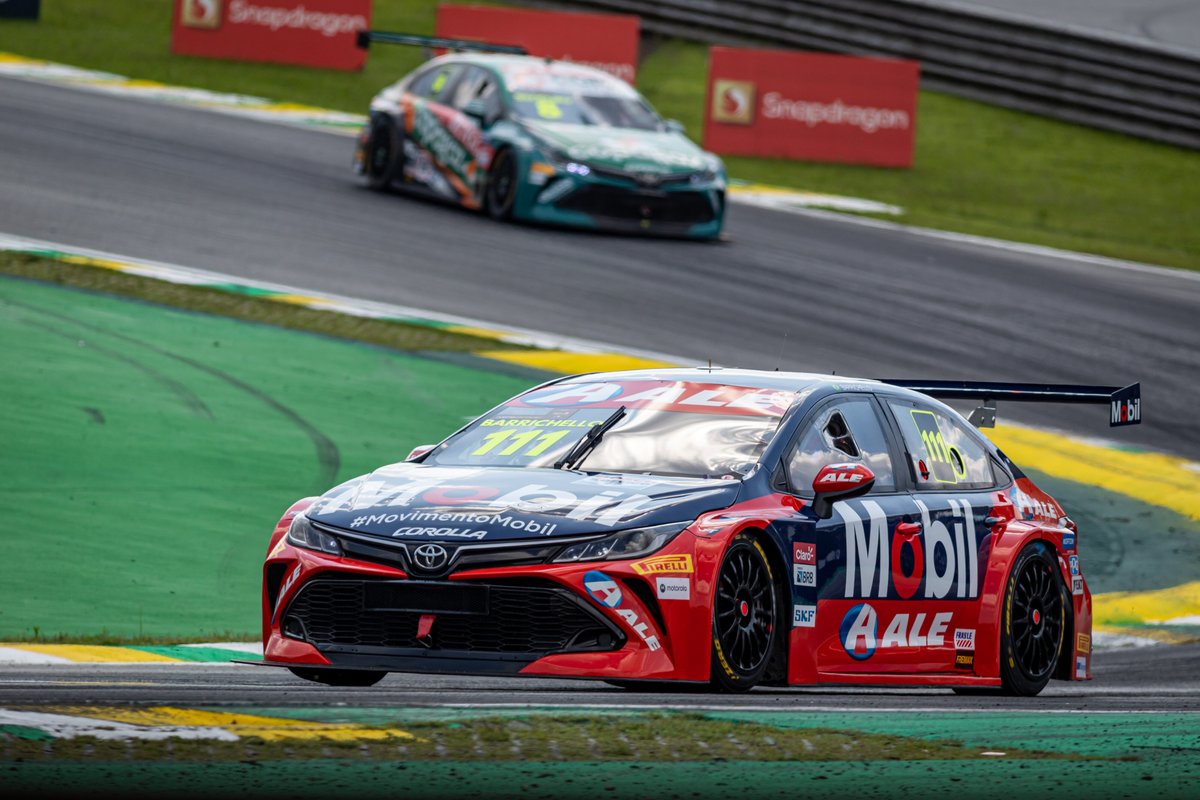 With the three-time champion out of contention, Barrichello had to score points and wait for a bad result for Casagrande, who was eventually disqualified by the stewards - ensuring Barrichello took the title.

Argentine Matias Rossi also started the round with title chances and even led some laps in the first race, but had a problem in the pits and was mathematically ruled out of contention for the second race.

He finished the season fourth, behind team-mate Casagrande and runner-up Serra. Race two winner, three-time champion Mauricio, led from start to finish and had to defend from Piquet. Cesar Ramos was third and Barrichello 11th to claim the title.

Speaking after his title win, Barrichello said: "I am so happy. We broke a taboo at Interlagos and I just have to thank everyone who cheered for me. I didn't know there were so many people."