In the early stages, the Greaves team faced an uphill struggle as Albuquerque led comfortably from Badey, while Wirdheim had to battle his way up the order from 10th after Jon Lancaster's lap for second on the grid was deleted because of a yellow-flag infringement.

But Jota lost its grip on the championship shortly when a sudden rain shower hit Estoril after an hour and 18 minutes.

Dolan, who had taken over the Jota car and retaken the lead from the AF Racing-run BR Engineering BR01 of Victor Shaitar with a wheelbanging move, lost the rear of the Gibson and spun into the gravel.

Although the car was towed out by a recovery vehicle and Dolan was able to get going again only a lap down, this handed the championship initiative to Greaves, now with Hirsch at the wheel.

The Greaves crew weathered losing the lead and then a late stop/go penalty issued for Hirsch having released his seat belts too early when pitting to hand over to Lancaster to get the result needed to seal the crown.

TDS debutant Nicolas Lapierre drove a superb double stint as the rain came and went to close out victory in the race, finishing a lap ahead of Lancaster.

It was a fine performance from the team, with only Badey throwing away second place early in the race with a trip through the Turn 3 gravel holding it back.

The rapid BRE-Nissan BR01 of Mikhail Aleshin that enjoyed spells in the lead in the hands of the impressive Shaitar, finished third, while Tincknell brought the Jota car home fourth.

This gave Wirdheim, Hirsch and Lancaster the title by two points from Badey and Thiriet, with the Jota crew a further two points down in third.

The Marc VDS team won the GTE class on its final start in car racing, with Andy Priaulx's impressive stint in tricky conditions key to victory.

The JMW Motorsport Ferrari squad looked to be on course to win after Rory Butcher took command during a strong opening stint, only for it to lose gearbox pressure with one hour and 45 minutes remaining shortly after James Calado had taken the wheel.

But victory was not enough for Priaulx, Jesse Krohn and Henry Hassid to take the class title, as the AF Corse Formula Racing entry of Johnny Laursen, Mikkel Max and Andrea Rizzoli drove a conservative race to fifth.

In GTC, the TDS Racing team closed out the championship with second place for Franck Perera, Dino Lunardi and Eric Dermont. 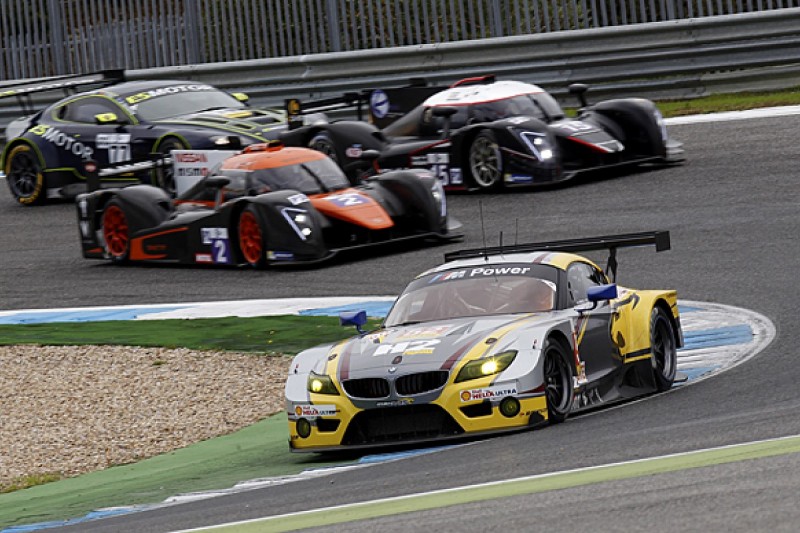