Domenicali aiming to lock down Formula 2 concept ‘in two months’

Ex-Ferrari Formula 1 team boss Domenicali, who took over the presidency of the commission in December, said he was happy with progress on the Formula 3 European Championship and the FIA's Formula 4 concept, both of which were pushed through by his predecessor Gerhard Berger.

"I would say that now the biggest challenge is how we will cope with the F2 project in order for it to be in the middle of Formula 3 and Formula 1," he said.

"That's a challenge we need to work on and hopefully I can come back to you with this project very, very soon because that is the target."

While GP2 and Formula Renault 3.5 - the two series F2 will come up against in the marketplace - use one-make Dallara chassis and single-spec engines, the FIA-led F3 in theory has open chassis rules and actual competition between engine builders.

Asked whether he was looking for a similar concept for F2, Domenicali said: "We are open to all the different situations.

"We are discussing with all the different manufacturers - engine and chassis and so on - and we need to go official with a tender to see what will be the real interest of the major stakeholders, and this is the objective that I am pushing the Commission to find a good proposal within the next couple of months, so I want to be very proactive on that.

"It takes time, it's not easy, but that's a possibility." 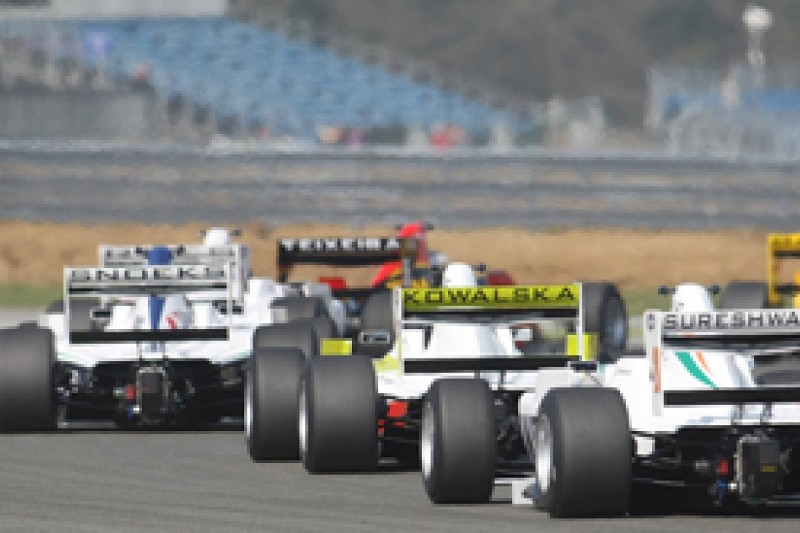 Having already declared he wants the cars to be 'difficult and physical' to drive, Domenicali added that he would like to see small-capacity, turbocharged engines for F2, in line with Formula 1.

"I would say if this is a personal question: yes," he said.

"At the end of the day we need to be pragmatic - we are all motorsport fans, motorsport lovers. When you hear loud engine noises it's really great, but the right displacement for the future is smaller.

"Turbo is the future, hybrid technology is the future - now we need to go back to see the level of cost that the system is able to accept. That is the key point, and this has to be thought through carefully not to make a mistake."

The Italian admitted that F2 could adopt the same engine rules as DTM, which will follow Super GT in switching to four-cylinder, two-litre turbos in 2017, potentially opening up F2 to competition between Audi, BMW, Mercedes, Honda, Nissan and Toyota.

"I really welcome that everyone seems to be at least interested," he said.

"We want manufacturers with a great tradition in the sport to see it as a potential to grow and be part of the business - that's at least my objective."

Domenicali also said he did not necessarily want F2 to push GP2 and FR3.5 out of the marketplace: "What we want to avoid doing is cannibalise everything and to not allow other teams and drivers to have their chance.

"But as a federation it's important that the path of growth after karting up to Formula 1 is very clear: F4, F3, F2."