Tom Blomqvist and Adrien Tambay join Mattias Ekstrom and Jordi Gene in the Cupra line-up for the electric touring car championship in 2022.

Just as the Beatles were called the 'Fab Four' of the music world, a concept that has already become universal when you put together four greats in any field, Cupra has its own quartet of fantastic drivers to repeat the ETCR title achieved last year.

Ekstrom, champion of the inaugural ETCR season, and Gene, are the two veterans remaining in the Spanish squad, after the departure of Mikel Azcona to Hyundai and Daniel Nagy.

Gene has been the standard-bearer of the Spanish brand for many years, first with Seat and with Cupra since its birth. Gene finished last season in fourth place in the standings and was a key member in the development of the Cupra e-Racer.

For the new season, Cupra has included two drivers with an illustrious name and great careers behind them despite their youth, Blomqvist and Tambay, to the team's driver line-up. 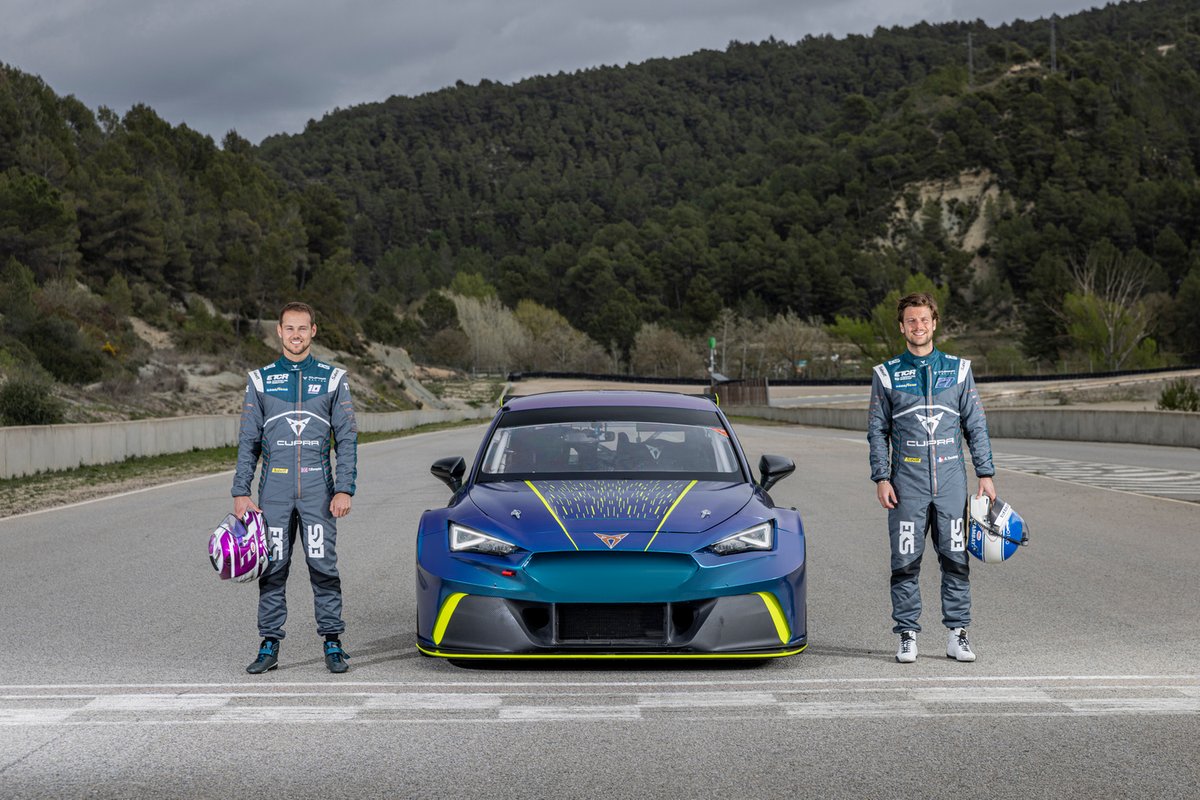 Blomqvist is the son of world rally champion Stig Blomqvist, a 28-year-old driver who has competed in Formula 3, DTM and Formula E and who in recent years has been involved in endurance racing, both in the WEC and the Blancpain GT Series, having won the Spa 24 Hours in 2018 and the Daytona 24 Hours in 2022 and finishing second in the Le Mans 24 Hours in LMP2 in 2021.

Tambay also brings a recognised name to Cupra as well as good hands, as he is the son of former Formula 1 driver Patrick Tambay. He has spent the last few years competing in the DTM and various GT championships. This will be his debut in electric racing.

The first round of the ETCR will take place from 6-8 May at the legendary French circuit of Pau where the Cupra e-Racer will present a new livery with a chameleon-like appearance, full of different shapes and colours in a design that, according to Cupra, "is a design inspired and influenced by the digital world and signals a revolutionary change in the brand’s aesthetics".