The new European series for first-generation A1GP single-seaters is on course to attract a 20-car grid, according to the organisers

The FA1 series, which will top the bill of the Acceleration 2014 package of car and bike racing, has already gained entries from seven teams, and series boss Loek Bodelier is expecting to announce more imminently.

"We are aiming for a 20-car grid and we are confident of reaching that," he said.

"We are talking to a lot of teams and it is not impossible that we might have to say no to some because we have a maximum of 26 cars."

Azerti Motorsport boss Wim Coekelbergs, who plans to run two cars, said: "We are 100 per cent doing it; we have drivers with budget who want to do it, although we do not have anyone signed at the moment.

"The series looks promising, but we know that the early years are going to be difficult."

Coekelbergs explained that the attraction for Azerti was the chance to field entries in all the classes on the Acceleration 2014 bill, which include two bike categories, Legends and V6-powered Pick-Ups.

"We want to combine everything and have a big area for our corporate guests, which we think will make it attractive to sponsors," he explained. 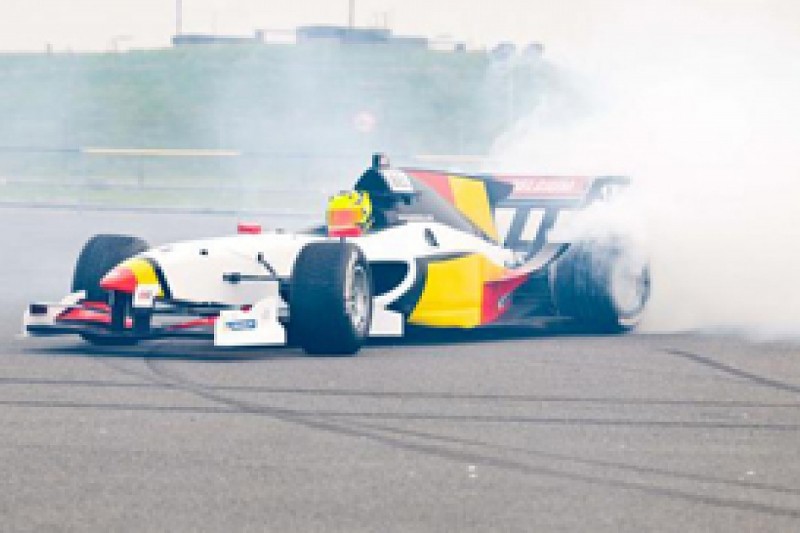 Zytek in the UK has confirmed that Acceleration 2014 has signed an engine lease deal for the season and an agreement is in place to run on Michelin tyres.

The fleet of FA1 cars to be rented out to the teams have been re-commissioned by the Dutch MP Motorport squad, which is owned by one of the founders of Acceleration 2014, Henk de Jong.

The cars, which will run under the flag of a nation a la A1GP, will race with only minor modifications from the specification in which they competed in the first three seasons of the World Cup of Motorsport.

The 10-event Acceleration 2014 series kicks off at the Algarve circuit on April 27. Two of the weekends, which each incorporate a music festival, do not include the ex-A1GP cars.

The fastest single-seater outside F1?