The Briton will contest the Mexican event on November 19-24 under the banner of Rocket Motorsport, the name of the karting team founded by his late father John that was relaunched last week.

Button will drive a spec Trophy Truck run by experienced off-road constructor Brenthel Industries in the 6100 class of Baja in California.

He will share the vehicle with Rocket commercial director and Le Mans 24 Hours LMP2 class winner Chris Buncombe and another friend, Mazen Fawaz.

The truck will run in a livery that pays homage to the colour scheme of Button's 2009 F1 world championship-winning Brawn BGP001.

"It's certainly going to be a special challenge and something I've wanted to try for a long time," said Button, 39.

"The idea of 20-plus hours racing off-road is so different to anything we've done before, and having watched hours of on-board already, the different types of terrain that we will encounter look unbelievable! 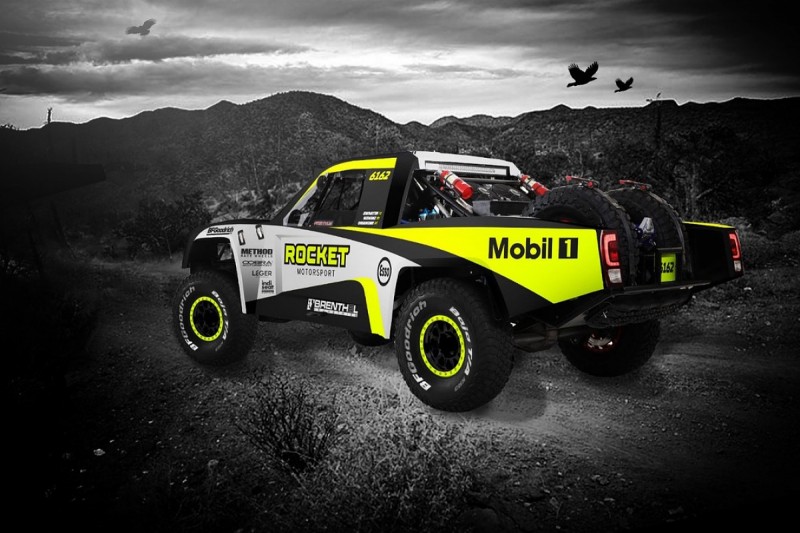 "Driving this truck is like nothing I've ever experienced: we've only had very limited mileage testing off-road but it feels like we need to learn everything from the beginning again."

Button and his team-mates will undertake an initial warm-up event next month when they contest the Mint 400 in Las Vegas.

"The Mint 400 is the biggest off-road race in the US so I'm really looking forward to getting out in the desert in Vegas and seeing what it's all about," he added.

The Baja assault is the second Rocket Motorsport project to be announced. It follows the unveiling of a Blancpain GT Series Endurance Cup programme with a Honda NSX GT3 EVo under the Jenson Team Rocket RJN banner.

The team plans to run a solo car for up-and-coming drivers in the Silver Cup class of the five-race series that includes the Spa 24 Hours in July.